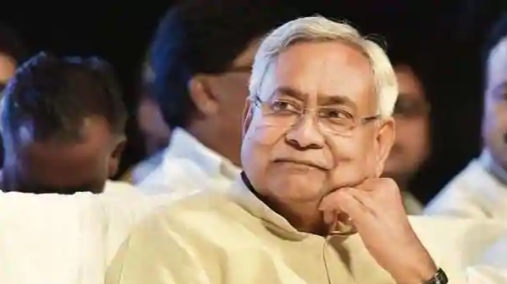 Nitish Kumar, the chief minister of Bihar, has given a stinging rebuke to his main rival, Tejashwi Yadav of RJD, by calling his claim of providing 10 lakh jobs as a bogus promise.

“He (Tejashwi) doesn’t know A-B-C-D of what he’s speaking…If a person doesn’t have an even fundamental understanding, can they do it,” said Nitish Kumar, calculating that his promise of 10 lakh jobs would require Rs 1.44 lakh crore to materialize and that this wasn’t possible.

In an interview to Republic TV,  Nitish Kumar ducked no question, including the most-often repeated that he ditched his partner RJD after the two had joined hands and won the 2015 assembly elections.

“I had said, when allegations had been made and a chargesheet filed (against Lalu and family), that they must explain it. Did they do so? No, so we left. And when the BJP came with an offer, we joined. It’s alright that we weren’t together for three years but we joined up again,” said Nitish, who added that severe roadblocks were put in his development agenda by Lalu Prasad Yadav.

“What is he (Lalu) in (jail) for? What is the chargesheet for? You imagine the situation, the questions being asked of me. I asked them, didn’t I, to explain it?”

Nitish also took potshot at Tejashwi Yadav and said dynasty politics was hurting these parties more than others.

“Political parties are being destroyed because of dynasty politics. Gradually, all parties that have been practicing such politics are being erased. What’s happening to the country’s largest party in India, you can see,” Nitish said with obvious reference to Congress party and the Gandhi clan.

Nitish also clarified on the charges that he is an opportunist and changes parties to suit his end.

“People say I went here, I went there…Did I tell them (RJD) to make me CM? They declared it and so they had to abide by it.”

The second phase of Bihar assembly elections for 94 seats is being held today. Some 1510 candidates are in fray, including Lalu Yadav’s both sons, Tejashwi and Tej Pratap. The third and final phase is due on November 10. Results would be out on November 10.