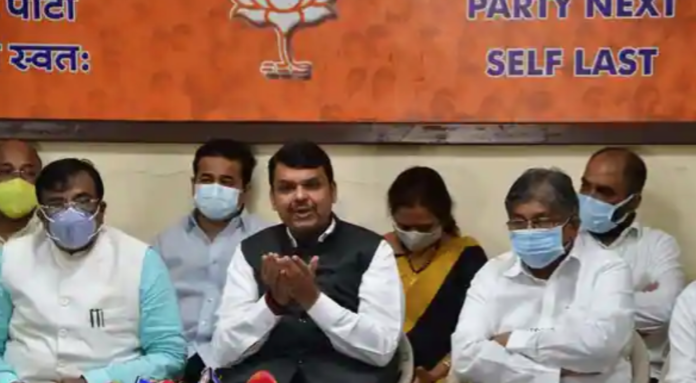 However, Leader of the Opposition Devendra Fadnavis, who was allegedly present during the ruckus which took place in a cabin, insisted that these are “false allegations”.

“These are false allegations. The government has created a story out of the incident and suspended 12 of our MLAs. Our MLAs didn’t abuse the Speaker. There were some heated arguments but our senior member Ashish Shelar on behalf of all MLAs apologised to the Speaker in-Chair Bhaskar Jadhav. Later, the government came up with this plan to suspend our MLAs. We will continue our fight.”

He said the BJP members had not abused the presiding officer. “It was Shiv Sena MLAs who used abusive words. I brought our MLAs out of the Speaker’s chamber,” the leader of opposition added.

“For OBC (Other Backward Castes) reservations, we are ready to sacrifice more than 12 MLAs,” he added, referring to one of the key issues that his party is set to highlight during this session.

BJP MLA Ashish Shelar also targeted the Maha Vikas Aghadi government and said “This Thackeray government is acting like Taliban. I condemn the action. Neither me nor any other MLAs abused Bhaskar Jadha.”

“None of the BJP members used abuses in the cabin. I even apologized to him but despite that they suspended,” he added.