12 lakh jobs? Could we have the proof please Mr CM?: Kapil Mishra 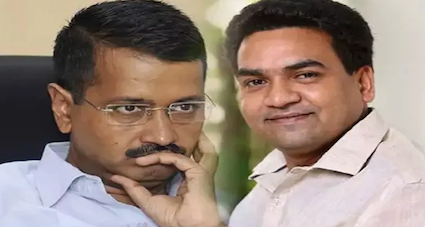 Could we have the proof Mr chief minister (Arvind Kejriwal) that you gave employment to 12 lakh people? That’s the enquiry which BJP leader Kapil Mishra has made in a tweet.

In a tweet in Hindi, he said, “As per the RTI reply, Kejriwal government provided only 3246 jobs in seven years. Both Kejriwal and Sisodia are lying. It is an open challenge. Arvind Kejriwal, make public the list of candidates who were given these 12 lakh jobs.”

The RTIs were filed by BJP leader Tajinder Singh Bagga.

In his speech during the discussion on Delhi’s Budget presented by Manish Sisodia, Arvind Kejriwal claimed that in the Capital in last five years, the Delhi government created 12 lakh jobs in the National Capital.

He said, “1.8 lakh jobs were created in the government sector and around 10 lakh in the private sector.”