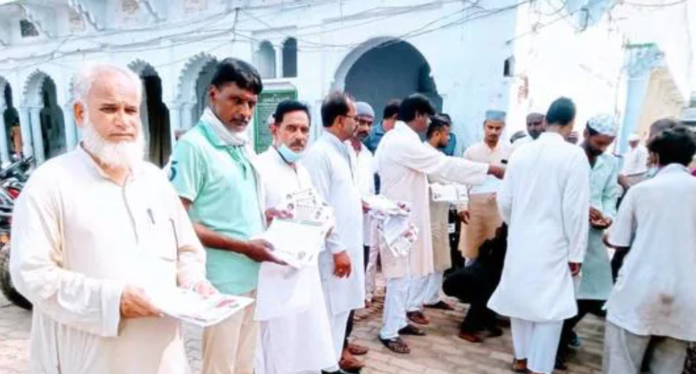 Bharatiya Janata Party unit has slammed Congress, who is desperately trying to establish itself a “secularist” while doing politics of religion and appeasement. Ahead of Uttar Pradesh assembly elections, BJP launched a scathing attack on UP Congress incharge Priyanka Gandhi after the party decided to distribute its election manifesto among Muslims in front of 8432 mosques.
In a tweet, Uttar Pradesh BJP said, “From protesting against Ram temple to shedding tears for terrorists, Congress has always been doing politics of appeasement. Now Congress has set out on a mission to distribute its Sankalp Patra outside mosques in UP. @priyankagandhi Whose ‘first right’ is on the promises of his election manifesto?”
The attack came after The Uttar Pradesh Congress Committee (UPCC) minority department launched a campaign to distribute a 16-point election manifesto and made several promises to the minorities, including opening tanneries that were closed during the Samajwadi party regime.
“We are distributing this 16-point sankalp patra drawing the attention of people in front of the main mosques in all the assembly constituencies after Friday prayers. We will make the distribution in front of 8432 mosques on four Fridays (September 24 to October 15) to reach out to nearly 2.5 million people. We will distribute the sankalp patras in front of at least six mosques every Friday across the state,” said UPCC minority department chairman Shahnawaz Alam.
It must be noted that Congress has also promised that if their party is voted to power in 2022 in the state they will withdraw all the registered cases during the protests against CAA-NRC.