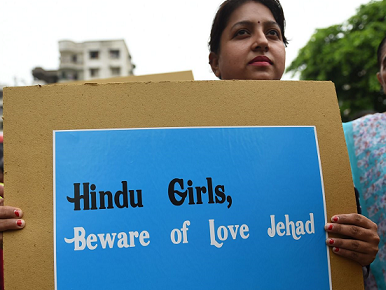 A group of 224 concerned citizens—those having served in the judiciary, armed forces, bureaucracy and academia—backed the UP government’s ordinance against unlawful conversion.

Explaining the intent of the anti-conversion laws, the citizens contended that the ordinance cannot be deemed illegal and anti-Muslim solely based on the Moradabad incident where a woman allegedly suffered a miscarriage. Moreover, they pointed out some cases in which women had been brutally murdered in the course of inter-faith marriages and conversions. Maintaining that they consider unlawful conversions as a threat to communal harmony, the 224 individuals opined that this was a negation of the ‘Ganga-Jamuni culture’.

It’s to be remembered that on December 30, 104 ex-bureaucrats had demanded the withdrawal of the anti-Love Jihad ordinance in Uttar Pradesh.

Under the UP ordinance promulgated in November 28. An individual who forcefully marries a girl for the chief purpose of converting her religion can face punishment of up to 10 years in jail.

Such marriage would be declared null and void.