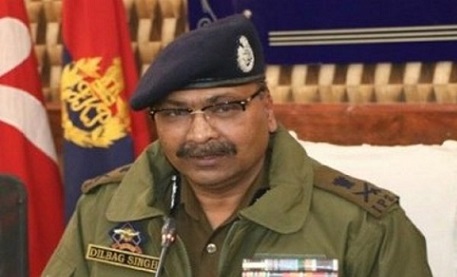 Terming the year-2020 as a year of confidence for the security forces, J&K Director General of Police (DGP) Dilbagh Singh Thursday said that in the year about 100 anti-militancy operations were conducted that saw killing of 225 militants including 46 top commanders of various outfits.

He said at present, almost all the militant outfits are facing “leadership crisis” while there are a few commanders who are on the radar of police and security forces and will be “tracked down soon.”

Addressing an annual press conference in Jammu, the DGP Singh said “We conducted 103 anti-militancy operations in J&K in the year 2020 of which 90 were witnessed in Kashmir and 13 in Jammu. 225 militants were killed in these operations of which 207 were killed in Kashmir and 18 in Jammu. The slain include 46 top commanders of various militant outfits who were either of A++ or A+ category.” the DGP said as per news agency—Kashmir News Observer (KNO).

As per Kashmir News Observer (KNO), DGP Singh said all the militant outfits are leaderless presently.

Interestingly, Dilbagh said 2020 saw an increase in local militant recruitment. “But the important thing is that 70 percent of those who joined military got either killed or were arrested…The shelf-life of militants is very less. It’s between three days to three months only.”

The year also saw 38 civilians including political activists were killed. There were also highest-ever ceasefire violations along the LoC in UT.

12 militants surrendered in year 2020 during live encounters. Some 152 quintals of heroin was seized in raids.