4th Test in doubt: Don’t come if you don’t want to play by Rules; Queensland to Indian cricketers 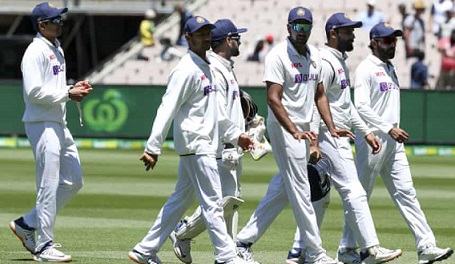 Queensland government has reacted sharply to news about Indian cricket team showing reluctance to travel to Brisbane for the Fourth Test. “If the Indians don’t want to play by the rules, don’t come,” said Ros Bates, Health Shadow Minister of Queensland. Reports had earlier suggested that a few of the Indian team will have to undergo quarantine on reaching Brisbane.

The final Test of the four-match Border-Gavaskar Trophy is scheduled to be played at Brisbane from January 15-19. However, Ajinkya Rahane-led Indian team is unwilling to go there if movement restrictions are imposed on them. Instead, it has indicated that it would prefer to play the 3rd and 4th Test at Sydney only on scheduled dates.

The Queensland government’s remarks have been made even as five members of the Indian team have been placed in isolation. Rohit Sharma, Prithvi Shaw, Rishabh Pant, Navdeep Saini and Shubhman Gill were placed in isolation after a possible bio-bubble breach of Covid-19 protocols.

The top cricket administrators of the Board of Cricket Control in India (BCCI) and Cricket Australia (CA) have started an investigation into the conduct of the players. The five players were found eating at an indoor venue in Melbourne on New Year’s Day, and this could be in breach of protocols regarding the pandemic.

On Sunday, Australian batsman Matthew Wade spoke about there being “harder quarantine or bio-security bubble in Brisbane”. He also said that his team is keen to stick to the already agreed schedule and play at Gabba on due dates.

The series is tied at 1-1 after two Tests at Adelaide and Melbourne, with two more scheduled to be played at Sydney and Brisbane. The new controversy is rather unexpected and was triggered by the dining out of the five Indian players named above.