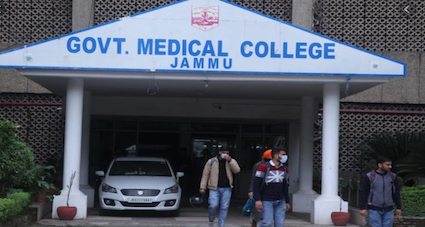 For the past few days, medical oxygen supplies have come into sharp focus as there have been allegations of its shortage, not only in the Union Territory (UT) of Jammu and Kashmir, but all over the country.

The deaths of some patients in Acharya Shri Chander College of Medical Sciences (ASCOMS), known popularly as Batra Hospital, some days ago had led to a furore as these deaths were attributed to shortage of oxygen. The administration stepped in quickly, denying that the deaths had happened because of oxygen shortage. Jammu Divisional Commissioner Raghav Langar ordered an inquiry into the cause of deaths. We have not heard on the inquiry thereafter. This is not to say that the inquiry is not on but just that any progress on the issue is not in the public domain.

The highest court of the land, the Supreme Court of India, is also holding hearings on the issue. It has passed some interim orders also, even as some high courts across the nation are hearing petitions on the matter. There was hue and cry by the Delhi government led by Arvind Kejriwal regarding the Central government not allocating enough oxygen to it. These allegations were contested in the court and things will become clearer in the days to come.

Back to J and K where there are in all 46 oxygen generation plants (OGPs) functional in the government sector all over the UT. An official factsheet, however, says that there are 47 OGPs and includes Narayana Hospital, Katra, as a medicare facility with thislife saver gas generation capacity of 466 LPM (Litre Per Minute).

This is beyond comprehension as to how Narayana is included in this list of 47 when it is a corporate private hospital out of bounds, due to steep costs, for the commoners. May be the National Health Mission (NHM) officials have an explanation for that. Incidentally, if Narayana is included, why exclude ASCOMS or other private set-ups?

Of course, there are many private hospitals with their captive OGPs in Kashmir, and in Jammu in lesser numbers. In the figure of 47, neither private hospitals of Kashmir, nor of Jammu, have been included. That is intriguing indeed as to how Narayana is being counted as a government hospital in official records.

That may be another story but not worth pursuing now.

In the Jammu region, on the other hand, the total number of OGPs stands at 12 only (as compared to 34 in Kashmir). This virtually means the ratio comes to 1: 3, or in other words, there are three OGPs in Kashmir for one in Jammu region.

Incidentally, it needs to be emphasised here that running these OGPs is another challenge as trained manpower for these plants are not available with the Health and Medical Education Department headed by Financial Commissioner Atal Dulloo.

Some things do never change.