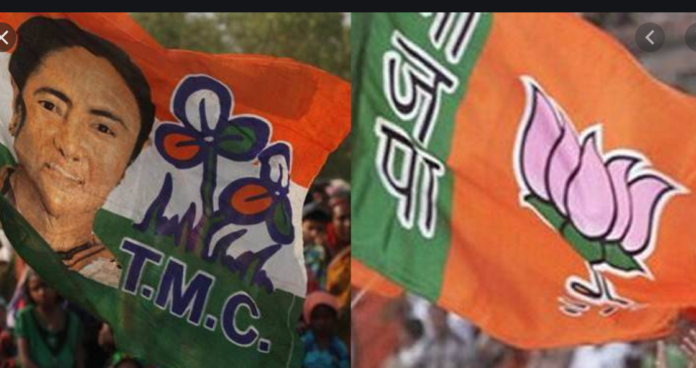 In what can be considered a major blow, as many as 500 Trinamool Congress workers are all set to join Bharatiya Janata Party ahead of the third phase of the West Bengal Assembly polls which will start from 7 am on April 6, the sources revealed.

According to the report, most of the TMC workers are in touch with Madhya Pradesh BJP leader, including MP Home Minister Narottam Mishra.

The Trinamool Congress has witnessed a massive political exodus with several of its key leaders and heavyweights jumping ship to the BJP. Veteran TMC politicians like Suvendu Adhikari, (with his two brothers and father),  Dinesh Trivedi, Rajib Banerjee, Jitendra Tiwari, Vaishali Dalmiya, Dinesh Tiwari, Mithun Chakraborty,  Rathin Chakravarty, Partha Sarathi, and others were few who joined BJP in the last couple of months.