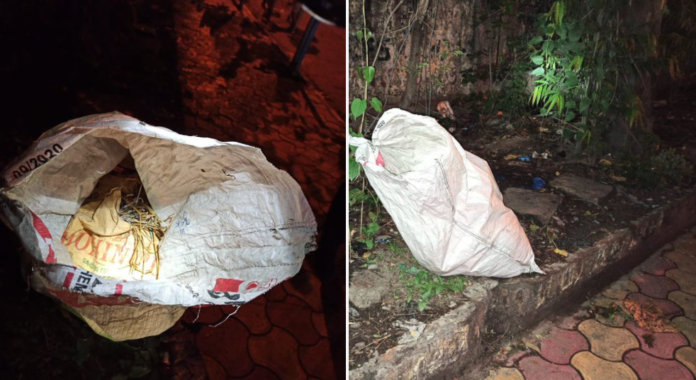 54 crude bombs have been recovered from near the BJP’s office at Hastings Crossing in Kolkata on Saturday.

The bag, filled with explosives, was found near the Kidhirpore crossing, 100 metres from the BJP office. The police is investigating the matter.