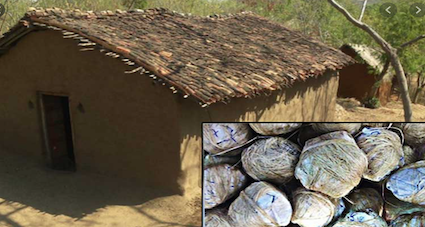 56 live crude bombs have been recovered from West Bengal’s Narendrapur district ahead of second phase of Bengal elections on April 1. All bombs have been defused, according to sources in the Election Commission.

This is the third consecutive day that live bombs have been recovered in the poll-bound state.

A police team of Narendrapur Police Station conducted a raid and search at one bamboo fenced tile shed room beside Bheri at Kantipota, Kheadaha.

The police have registered a case against one Tarun and unknown others who are involved in the racket of manufacturing, transportation and illegal use of bombs, the EC said, as per PTI.

While 22 crude bombs were found on Friday by the Anti-Rowdy Squad of Detective Department of the Kolkata Police, 26 on Saturday, as many as 56 bombs were recovered today.

Efforts are being made to nab the involved miscreants.

The larger apprehensions of the EC and the Opposition remains that the violence which had been deeply entrenched had its connection with the crude bombs.

The EC is in strict vigil of the law and order situation in the state in wake of the polls.