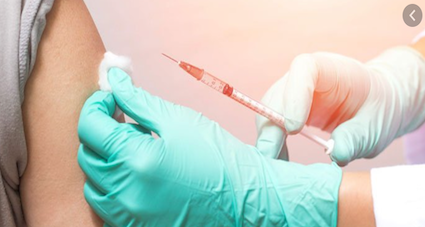 Six states rolled out the vaccine drive for 18-44 age group while the majority of others have deferred the inoculation till they have sufficient supply.

Maharashtra, Rajasthan, Uttar Pradesh, Chattisgarh, Gujarat and Odisha began the vaccination drive today though in limited districts. Uttar Pradesh for instance, is doing it in its six worst affected districts such as Lucknow, Kanpur, Bareilly, Prayagraj, Varanasi, Gorakhpur and Meerut. In these districts, there are more than 9,000 cases.

Mumbai in Maharashtra also began the inoculation drive albeit “symbolically” and it is being provided at five centres.

On the day of this rollout for 18-44 age group, Union health minister Harsh Vardhan said over 2.45 crore people have registered themselves on CoWin App, the government’s registration website, for the third phase. He also said that more than 1 crore of doses are still available with States.

The Centre “has provided more than 16.33 crore Covid vaccines doses to states and union territories for free,” Dr Vardhan said in a tweet last evening, stressing that “more than 1 crore doses are still available in stocks with them.” Of this, the “total consumption including wastage is 15,33,56, 503 doses,” an official statement said.

Delhi chief minister Arvind Kejriwal has said the Capital would receive around 3 lakh Covishield doses by Sunday. He requested citizens not to queue up for Covid shots. “Both vaccine makers, Serum Institute and Bharat Biotech will give us 67 lakh doses each over next two months,” he said.

In Gujarat, the vaccination drive is beginning today though it would be limited to 10 districts most affected by Covid-19. Incidentally, Saturday is set to be celebrated as Gujarat Foundation Day for the state was formed on May 1, 1960.

Odisha has begun the inoculation in Bhubaneswar only on the first day due to weekend urban area lockdown across the state. Chattisgarh too has begun rollout but its prioritising Antyodaya cardholders and Particularly Vulnerable Tribal Groups. Rajasthan has begun the vaccine drive in only 3 of the 33 districts—Ajmer, Jaipur and Jodhpur.