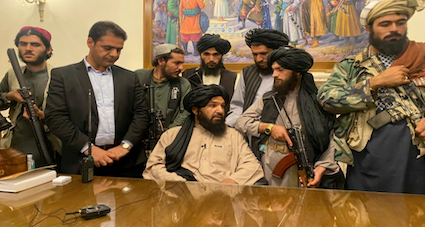 It was on August 15, two months or 60 days ago, that the Taliban had stunned the world by marching on to Kabul. A triumphant Taliban are yet to be given recognition by any nation, be it friends like Pakistan, China, Russia, Iran or Turkey. This sure is a very serious setback as the work of multiple aid agencies has decelerated to a very large extent. With no commercial flights operating out of Afghanistan, things indeed look very gloomy and the rulers seem truly isolated. Thursday was a particularly bad day for the aviation sector in Afghanistan as Pakistan International Airlines (PIA) announced it was stopping operations in Kabul. So far, it was one airline which was operating chartered flights between Kabul and Islambad. Besides PIA, Kam Air was also operating chartered flights and may see grounding.

The reason cited by PIA for stopping the flights was interference and haughty behaviour of some Taliban commanders. The Taliban had earlier asked both the PIA and Kam Air to charge the same fare as they were doing before August 15, the day they took over. It was an interesting edict as no airline operating flights to Afghanistan would perhaps be able to do that as it has become very risky. It is ironical that the Taliban brought this into discussions at all. Whatever else may be said about earlier government, it was globally recognised, observed international norms and the US backed it fully.

Who cares about the government headed by the Taliban? Well, a tested friend as good as Pakistan, despite ISI hand in the rapid rise of the Taliban, has not dared to give them official recognition, de jure. It is waiting for others to give recognition to the Taliban and may follow suit! It may become the second nation to recognise the Taliban but has not been able to muster courage to be the first. That speaks volumes about the kind of hostility the leading lights of international community harbour towards the Taliban.

The Taliban have constituted what they call an interim government, which is not considered inclusive by any nation. Besides, the government does not have any women and their exclusion from public spaces, be it high schools, or colleges, or even work areas, creates a very negative image of the Taliban. The US and its allies have been categorical that it is the conduct of the Taliban, and not what they may say, that will be the barometer for deciding their engagement.

The US has frozen Afghan assets worth over $9.5 billion and maintained a studied silence on unfreezing of these funds. China has spoken indirectly about these funds saying the Taliban should have access to this money. Turkey has also said that these funds should be made available to the Taliban so that they could pay salaries to thousands of employees. Incidentally, the employees have not been paid for at least two months and things are really becoming more difficult for Afghans with every passing day.

It seems that Pakistan celebrated the victory of the Taliban a tad too early. Pakistan was too happy that India had lost all leverage in Afghanistan and its investment of $3 billion in 500 projects had become zero. It is slowly becoming clear that all may not be lost for India in Afghanistan yet. Indian officials had interacted with the Taliban in Doha once, and now they will meet them in Moscow soon. The Moscow meeting is at the behest of Russia, and the Taliban have not made any anti-India statements so far.

Afghanistan’s economy is on the verge of a collapse and the western nations, whatever else their wishes may be, don’t seem to like that idea. The European Union (EU) has pledged to pump in 1 billion Euros (or $1.12 billion) into Afghanistan in terms of humanitarian aid. These funds will not go to the Taliban and can only be used for providing food and medicine to ordinary Afghans. No less than 20 million (or two crore) Afghans can face serious difficulties in the coming months if aid doesn’t reach them.

So much for 60 days of Taliban rule!