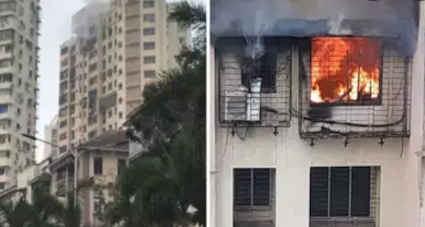 In a major incident, a fire broke out in a 20-storeyed residential building in Central Mumbai’s Tardeo area. Initial reports stated that seven persons were killed and around 28 others injured.

According to Brihanmumbai Municipal Corporation (BMC) officials, the fire erupted around 7 am in the Kamla building located opposite Gandhi Hospital at Gowalia Tank, when many of its residents were still asleep.

Officials further added that prima facie the fire occurred after some cables in the building’s electricity duct melted. Smoke from the electricity duct spread to multiple floors. The building has a fire suppression system but it failed to work.

The Mumbai Fire Brigade has designated it as a Level-3 (major) fire. 13 fire tenders are at the scene to douse the blaze, along with five ambulances to rush any possible casualties to hospital.