’71 War: India’s glorious attack on Karachi fades in memory: Who should we blame? 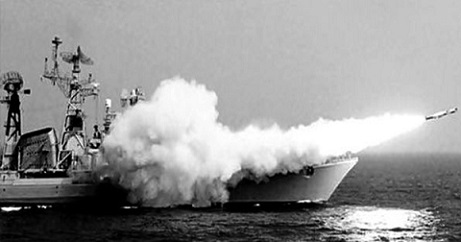 The surrender by Lt Gen A K Niazi at Dhaka on December 16, 1971, was an event that led to the creation of Bangladesh. However firm foundations for this stupendous victory were laid by the Indian Navy in two successful attacks on port of Karachi on December 4 and December 8/9 that year. We know a bit about Battle of Longewala, Battle of Basantar and some other occasions where the Indian Army brought its Pakistani counterpart on its knees. The Indian Navy’s exploits, on the other hand, during the creation of Bangladesh, are perhaps far lesser known and our media and academics and movies must take the blame for it.

Operation Trident and its follow-up, Operation Python, were two naval attacks on Karachi harbour that virtually brought Pakistan on its knees. The first attack was launched around 10.30 pm on December 4/5, 1971, around the same time as Battle of Longewala was shaping up in faraway Jaisalmer. It was devastating in its impact as the Russian missiles that were fired caused large scale destruction in the harbour.

The Indian missile boats withdrew to high seas after destroying a Pakistani minesweeper, a destroyer, a cargo vessel carrying ammunition and fuel storage tanks. Port of Okha in Gujarat in close proximity to Karachi was used for reconnaissance and establishing firm base for the attack boats. India started celebrating Navy Day on December 4 later and it is to remember those valiant attacks executed well.

The missile boats that participated in the action were INS Nipat, INS Nirghat and INS Veer. They were given support by a battle group of which anti-submarine INS Kiltan and INS Katchall, besides a fleet tanker, INS Poshak, were also a part. The group was commanded by Commodore Babru Bhan Yadav (see image below), the commanding officer of the 25th Missile Boat Squadron. He was given the second highest gallantry award for military exploits, Maha Vir Chakra.

The range of the SS (surface to surface) missiles on the Vidyut-class missile boats, called Styx by NATO forces, was 40 nautical miles (74 km). All preparations had been finalised during daytime and the reason for carrying out the attack at night was the lack of night bombing capabilities of Pakistan Air Force. PNS Khaiber, the Pakistani destroyer ship, was the first to be targetted. It was given a special treatment as two missiles were fired at it.

Cargo vessel MV Venus Challenger and PNS Shah Jahan were targetted next, and after missile hits, the first one sank after some time. The cargo ship was carrying ammunition for Pakistani armed forces and the missile hit triggered a chain of blasts. The other missile which hit PNS Shah Jahan damaged it very badly. A little past 11 pm, INS Veer fired a missile at PNS Muhafiz, a minesweeper ship of the Pakistan. It sank immediately on being hit, and 33 sailors died as it sank.

The third missile boat, INS Nipat fired its two missiles at Kemari storage tanks. One misfired but the second hit home hard and the tanks started burning and were destroyed. This was a very severe blow as it led to fuel shortages throughout Pakistan later. It is said that repeated attacks and blockade of Karachi harbour created panic. Some accounts say that the entire Pakistan had fuel only for six days more when the surrender at Dhaka happened.

The Pakistan Air Force bombed the Okha port later to avenge the attacks on Karachi, the economic nerve centre of Pakistan. They caused extensive damage but the missile boats or other heavier ships had sailed far away anticipating this attack. PAF was put on high alert to prevent any repeat attack on Karachi but the Indian Navy did attack it again. Interestingly, the missile attacks and the devastation they caused created a sort of psychosis among those tasked with defending Karachi.

Several false alarms were caused and in one such incident, reported on December 6, PNS Muhafiz, was bombed by the PAF. It was a classic case of mistaken identity as a Pakistani reconnaissance aircraft wrongly reported it to be an enemy Indian ship. This Pakistani ship was bombed by PAF fighter aircraft. This friendly fire caused damaged to the ship as also fatal casualties.

Only one missile boat was chosen to carry out the second attack named Operation Python on Karachi port. In this attack, a fleet tanker of Pakistan named PNS Dacca suffered extensive damage, so much so that it had to be scrapped later. In this attack, two foreign ships were also sunk in the Karachi harbour. The impact of this was that all foreign merchant ships stopped venturing out into Karachi, the port which kept Pakistan afloat. The second attack had become imperative as some storage tanks on the port did not get damaged in Operation Trident. The attack was carried out by missile boat named INS Vinash and it was provided support by INS Talwar and INS Trishul.

INS Vinash was carrying four Styx missiles to accomplish its mission and expanded then all one after another. One of its all missiles hit the Kemari Oil Farm causing huge explosions, destroying the storage facilities, rendering them useless. The second missile struck a Panamanian fuel tank SS Gulf Star, the third and fourth missiles fired hit PNS Dacca and British merchant vessel SS Harmattan which sank. Be it battles, or wars, they also aim at hitting the enemy psychologically and create extreme fear, and often the winner is one who can steady his nerves.

What losses to Karachi meant to Pakistan

The total loss at the Karachi harbour is estimated to be in the range of excess of $3 billion. This was a serious crippling blow to the Pakistan economically, with oil dumps and ammunition dumps destroyed completely. With this, Pakistan’s capacity to wage war against India got degraded so much that the chances of anyone providing support to East Pakistan evaporated. Protection of whatever naval assets remained with the Pakistani Navy was given top priority, and no ships moved out from harbour to challenge the Indian Navy on rampage. Two attacks on Karachi, four days apart, dealt mortal blows not only to Pakistani ships etc, but also their morale.

The attacks on fuel dumps badly impacted PAF also as it too had to conserve fuel, so much so that sometimes even combat patrolling and offensive plans had to be curtailed. Lieutenant Commander Vijai Jerath, the commanding officer of INS Vinash, was awarded Vir Chakra for playing lead role in Operation Python. This small and agile missile boat with limited range and capabilities had wrecked the infrastructure. Just imagine what the four missile boats could do with barely 15-16 missiles.

The fine show by the Indian Navy in the 1971 war also begs the question as to why it was not used in the 1965 India-Pakistan war. Were the capabilities of the naval forces substantially lesser than in 1971? Or there were other factors which held back the Indian political and military leadership? It is a part of history now, a history which cannot be rewritten. A very good thing had happened in the past few decades regarding strengthening of the maritime capabilities of our naval forces. Of course, they have been a deterrent to the naval forces at the command of the Chinese People’s Liberation Army (PLA).

About them, some other day.