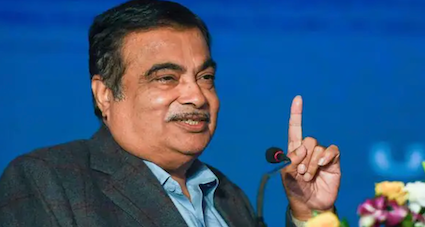 In the video posted on Twitter, Gadkari announced that the total length of the 75 km of single-lane bituminous concrete road is equivalent to 37.5 km of two-lane paved shoulder road. The work for the construction of the road started on Friday, June 3 at 7:27 am and the work was completed on June 7 at 5 pm. He congratulated all the contractors, engineers, and workers consultants, from NHAI and Raj Path Infracon Pvt. Ltd. for the completion of the project in record time. Highlighting the importance of the project, Gadkari said that the Amrawati to Akola road is part of National 53 passing through a mineral-rich region and connecting cities like Kolkata, Akola, Dhule, Raipur, Nagpur and Surat.

“I am very happy because our team has created one more world record. I congratulate the entire team of NHAI consultant and contractor, Rajpath Infracon Pvt Ltd from Pune on accomplishing this Guinness World Record,” Nitin Gadkari said in the video shared on Twitter.