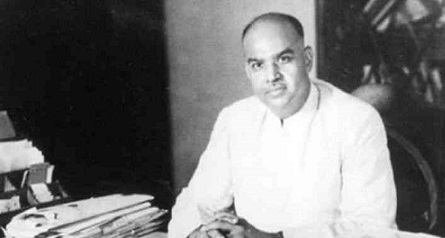 All elected District Developed Council (DDC) members, 277 of them, barring one, took oath at respective district headquarters in the Union Territory (UT) of Jammu and Kashmir on Monday. One pregnant DDC member was administered the oath at her home by Deputy Commissioner of Srinagar. The only member who could not take oath was Wahid Para of People’s Democratic Party (PDP) who is in custody presently. His family members wanted him to be given the oath online, but some technicalities came in the way.

The oath, as per Form No 4-A (See Rule 74-A) read: I, ……., having been elected as District Developed Council member, do swear, in the name of God/solemnly affirm that I will bear true faith and allegiance to the Constitution of India as by law established and that I will upload the sovereignty of India.

For bringing something to the attention of the readers, let me use capital letters here. Please mark the words CONSTITUTION OF INDIA as before the abrogation of Article 35 A, these words were not there. All elected members in J&K earlier used to take oath in the name of the CONSTITUTION OF STATE OF JAMMU AND KASHMIR.

This is a very significant departure from all elections held in the past till date as it is the first elections held after the abrogation of the State Constitution. Earlier, the forms of oath of affirmation for ministers, deputy minister and other elected members was given under Fifth Schedule. It read: I, A.B. ….., swear in the name of God/solemnly affirm that I will bear true faith and allegiance to the CONSTITUTION OF STATE as by law established.

It had led to Syama Prasad Mukherjee, an iconic Hindu idealogue, begin his campaign of “Ek Vidhan, Ek Nishan, Ek Pradhan” campaign when the Constitution of J and K was being discussed in the Constituent Assembly. On July 7, 1952 the separate flag for J and K was adopted and this led to Mukherjee protesting, visiting the State without “visa” so to say and ultimately paid with his life.

Cut to present times. Most Kashmir-based political parties had first met on the Gupkar residence of National Conference (NC) chief Farooq Abdullah on August 4, 2019. They had declared that they will not accept any tampering with “special status” of J&K. They were put behind bars for varying periods the same evening and Article 35 A was abrogated on August 5, 2019.

A couple of months ago, most of these leaders gathered together at the same venue and formed People’s Alliance for Gupkar Declaration (PAGD). They had reiterated that they did not accept the abrogation of Article 35 A and work for the restored of status that prevailed before August 5, 2019. That seems like nearly impossible now as Ladakh is a separate Union Territory (UT).

The political parties owing allegiance to PAGD, namely NC, PDP, People’s Conference (PC), CPM and a couple of others collectively had won 110 out of 278 DDC segments. All their members also took oath in the name of the “Constitution of India” as there was no other option.

Public posturing apart, there is little these parties can do to bring back Article 35 A and restore 370 to its earlier position. In the days to come, the DDCs will be delegated powers as defined by the General Administration Department (GAD) and Rural Development Department (RDD). For the first time in the history of J&K, three-tier Panchayati Raj institutions (PRIs) stand duly constituted.