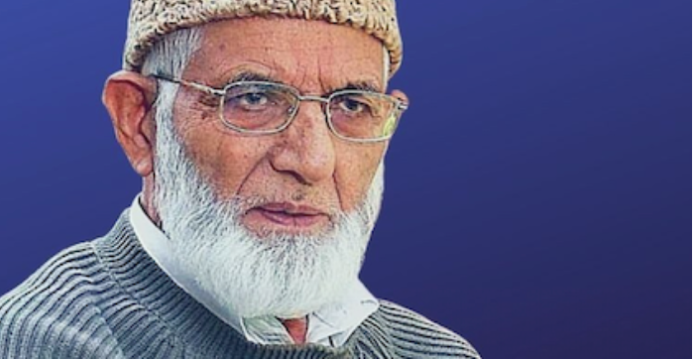 Hurriyat faction leader SAS Geelani’s death on Tuesday evening marks the end of a gory chapter in the history of Kashmir. Mobile services were disrupted and cut off by the government on Wednesday, apparently to ward off any trouble. In his life also, he had given innumerable calls for hartals, evoking a similar response from the authorities, leading to shutdown of internet and mobile services.

In sorrow, Pakistan Prime Minister Imran Khan paid glowing tributes to Geelani and announced that official mourning will be held in his country. This just about indicates how much of a Pakistan loyalist the departed leader was. At one time, Geelani’s writ ran unchallenged in Kashmir, and some parts of the Jammu region too. He fostered secessionism, separatism and gun culture in Kashmir like no other leader has done till date.

Incidentally, Geelani is held primarily responsible for the exodus and killings of Kashmiri Pandits. He is also blamed for fostering the culture of stone-pelting, the first peak of which we had seen in June-September 2010 when Omar Abdullah was heading Jammu and Kashmir government. Geelani was a legislator of J&K assembly for three terms, a lawmaker thrice, and a lawbreaker and prime instigator for three decades.

At one time, even Plebiscite Front led by Mirza Afzal Beg, right hand man of Sheikh Mohammad Abdullah, promoted separatism after August 1953 dismissal of Sher-e-Kashmir. But that phase was far less violent and deadly than when Geelani’s writ ran during many years of past three decades. At the age of 92, Geelani was a pale shadow of firebrand leader he was once upon a time. For the past many years, the government had severely restricted his movements, coming down harshly against many leaders and businessmen considered close to him.

He drew his strength from Jamaat e Islami of which he was never the official Amir (head) but remained head of its political wing. He was in every sense of the word inspiration behind what is called by some as “gun culture’’ in Kashmir. The gun picked up by the youth of Kashmir in the name of Pakistan which has destroyed peace in the Valley for over 30 years now. Geelani was sidelined by the Pakistan agencies during the Musharraf era but regained much of his aura years later.

Geelani’s most serious and provocative slogan was perhaps “Hum Pakistan hein, Pakistan hamara hai’’. He was responsible for no less than 2,200 hartals in Kashmir between 1993 and 2019, a period of 16 years when his word was an unofficial command. These hartals wrecked havoc on the economy, education, culture and ethos of the Kashmir valley and at least two generations of students were impacted. He is blamed for thousands of killings done by terrorists and the deaths of hundreds of terrorists in the hands of the security forces.

Kashmiri journalist Ahmed Ali Fayyaz wrote a long Facebook post on Wednesday, and at one place, he writes: “After 5 August 2019, which many call as Kashmir’s 9/11, Geelani’s death at 92 years of his age is the second biggest setback to the separatist movement. In his death, Pakistan has lost her biggest asset in Kashmir.’’

Writing further in the same post, he says: “With Ashraf Sehrai already dead, Salahuddin in Pakistan since 1993, Mian Abdul Qayoom demobilised after August 2019 and Masarat Alam in jail since 2010, Geelani has passed away without  passing the mantle of his legacy to anybody. This is why many of his followers on social media said that Kashmir’s separatist movement had been orphaned with Geelani’s death.’’