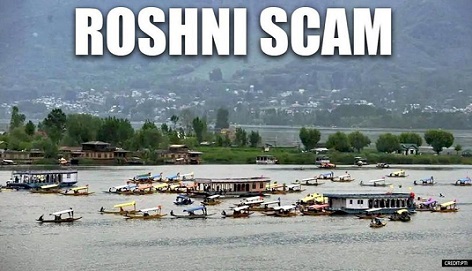 Roshni land scam is seeing some new twists and turns in Jammu and Kashmir as the hearing on government’s review petition is now scheduled on December 16. The J&K High Court had declared the scheme ultra vires on October 9 and asked the government to initiate action to evict the beneficiaries.

It is becoming clearer by the day that the high court verdict may seriously impact on the District Development Council (DDC) elections now underway. Initially, the BJP had targetted the leaders of People’s Alliance for Gupkar Declaration (PAGD) as their names tumbled out. Be it the National Conference, the People’s Democratic Party (PDP) or the Congress, names of several influential people connected with these parties were given as encroachers.

Terms like “land jihad”, “surgical strikes on encroachers” and such evocative phrases were used in the campaign. Of late, however, these words are becoming less ubiquitous and rarely heard in the speeches. Venturing out to forecast the poll outcomes is hazardous, but perhaps worth taking a risk here. It seems the PAGD may corner 60% seats overall, with Apni Party of Altaf Bukhari and the BJP splitting the balance of 40% equally between them.

The assessment is based on the ground reports appearing in newspapers from all over the UT. Senior leaders of more than one party agree with this but none would like to be quoted though. The verdict in the Roshni case seems to have polarised the voters and serious campaigns have been launched, both for and against BJP, all over the UT. This polarisation can prove to be the X factor in these polls.

Several allottees, who were holding leasehold rights over some government land, and got these regularised under Roshni had filed a bunch of Special Leave Petitions (Slaps) in Supreme Court. They were heard a couple of days ago, but contrary to what most people were expecting, these petitioners were directed to go to the high court, saying parallel proceedings at two courts were not warranted. Earlier, the government had told the apex court that no “coercive action” was being initiated against these people, prima facie bona fide allottees of government land, for the time being.

In a related development, the high court got an Action Taken Report (ATR) from CBI in a sealed envelope. After reading the contents, the two judges on Bench returned the ATR to the CBI counsel. The UT government’s review petition is a step which has perplexed ordinary people due to the peculiar reliefs sought by the authorities.