A US citizen is killed in Pakistan for insulting Islam 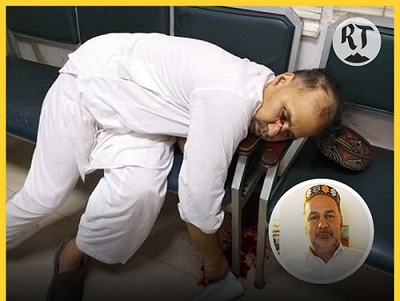 An American citizen was killed in a courtroom in Pakistan on Wednesday for claiming that he was a prophet.

Tahir Ahmad Naseem, 57, a US citizen, was on trial in the northwestern Pakistani city of Peshawar on charges that he had proclaimed himself as a prophet. He was shot six times by a young man whom the authorities identified as Faisal, 19, a local resident.

The US government, as expected, has strongly condemned the killing.

“We extend our condolences to the family of Tahir Naseem, the American citizen who was killed today inside a courtroom in Pakistan,” the State Department’s Bureau of South and Central Affairs said in a tweet, posted on Thursday: “We urge Pakistan to take immediate action and pursue reforms that will prevent such a shameful tragedy from happening again.”

The brazen killing has put the spotlight on Pakistan’s much-maligned blasphemy laws which, it is alleged, are often used to persecute and intimidate members of religious minorities.

Naseem was a member of the Ahmadi sect which has been declared heretical under the Pakistani Constitution.

Blasphemy is a highly emotive issue in Pakistan. Mere rumours that Islam has been insulted could lead to violence. Many a times people are killed by mobs even before the police can take action.

Soon after the killing of Naseem, a video of the gunman was widely shared on social media. It showed him sitting on the courtroom bench while being held by police officers and he is heard saying that Prophet Muhammad told him in a dream to kill the US citizen.

Naseem was accused of blasphemy in 2018 on charges that carried punishment ranging from fines to death.