Aamir Khan’s daughter reveals she was sexually abused at 14 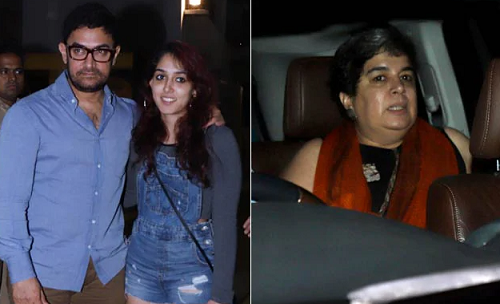 Bollywood superstar Aamir Khan’s daughter Ira Khan, from his first marriage with Reena Datta, has revealed that she was sexually abused when she was 14. Though she hasn’t named the person, she has said the person was known to her and the family.

Ira made this disclosure on Instagram. She posted a 10-minute video in which she said: “I was sexually abused when I was 14. At that time, I couldn’t understand whether the person realized what he was doing and I didn’t know how to confide in. It took me a year to be sure that the person was aware of his actions. I immediately wrote my parents an email and got myself out of that situation. Once I was out of it, I didn’t feel so bad. I was not scared anymore. It’s not something that has scarred my life.”

Ira also spoke about the clinical depression she was diagnosed with a month back. She said she had reached out for support online but she was harried with insensitive remarks about her privileges.

“I never spoke to anyone about anything because I assumed that my privilege meant I should handle my stuff on my own”. It made me feel like I needed a better answer and until I had that answer, my feelings weren’t something I should bother anyone else with. No problem was big enough to ponder too long about. What would anyone do? I had everything. What would anyone say? I had said it all.”

In her 10 minute video, Ira addressed what it meant being Aamir Khan’s daughter and still getting diagnosed with depression She said she couldn’t figure out why was she said.

Further, she said when she was six, she was diagnosed with tuberculosis but it didn’t make her feel horrible. She claimed even her parents’ divorce didn’t scar her. It was an amicable divorce, she said, and she was still in a privileged position so it couldn’t have been the reason for her to feel sad and depressed.

Ira has a brother, Junaid, from her parents. She made her directorial debut in 2019 with “Euripides Medea” a stage production.