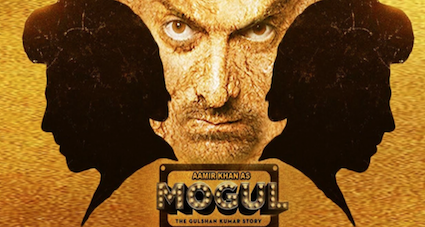 T-Series, India’s largest music company, has reportedly shelved its upcoming project ‘Mogul’—Gulshan Kumar biopic starring Aamir Khan. Khan was going to play the character of Gulshan Kumar in the film but after the failure of ‘Laal Singh Chaddha’ at the box office, ‘Mogul’ director Subhash Kapoor decided to shelve the movie and move on to his next film ‘Jolly LLB 3’.

As per reports, Bhushan Kumar, son of T-Series founder Gulshan Kumar, was keen on bringing his father’s inspiring story of becoming a music mogul to the silver screen. Director Subhash Kapoor wrote the script for the movie, and actor Akshay Kumar was initially approached to play the role of Gulshan Kumar. The first poster of the film was released on March 15, 2017.

However, Akshay walked out of the movie because of differences on the script. Aamir Khan, who was initially also attached to the project as a producer, agreed to play the role after Varun Dhawan and Kapil Sharma reportedly turned down the offer.

Aamir’s team said the actor was about to start working on ‘Mogul’ after finishing the work on ‘Laal Singh Chaddha’. However T-Series, the chief producer of the movie, have shelved the project indefinitely.

The decision to stall ‘Mogul’ comes in the wake of Laal Singh Chaddha’s failure at the box office. Aamir Khan starrer ‘Laal Singh Chaddha landed in soup after it faced boycott calls on social media platforms over the actor’s indiscreet comments made in the past. Khan had said that he and his wife were mulling over migrating outside India over “rising intolerance”, a comment that did not go down well with the audience, who chose to stay away from his latest film.