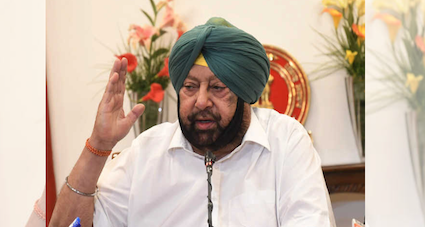 Punjab Chief Minister Captain Amarinder Singh hit out at the Aam Aadmi Party (AAP) and Shiromani Akali Dal (SAD) for “lying blatantly” on the issue of political funding from private power companies ahead of the 2022 Punjab assembly elections.

Singh further challenged both the parties to declare all their political funding of the past 10 years so that the people of Punjab would know the truth behind their claims and counter-claims.

“Let the truth come out, and let the people decide who is or has cheating them with false allegations and accusations,” he remarked.

He said unlike the illegal donations made to these parties by various shell companies, the funds provided to Congress have nothing to do with Punjab elections or the controversial power purchase agreements (PPAs) signed by the Akalis. He said that the All India Congress Committee (AICC) received the donation back in 2009 and 2014, not Congress.

His statement came a day after the Aam Aadmi Party (AAP) accused the Congress government in Punjab of not scrapping power purchase agreements (PPA) signed during the previous SAD-BJP regime.

Captain stated that the donations taken by the AAP government during the 2014 elections were already under the inspection of the Enforcement Directorate (ED).

Dismissing their allegations, Amarinder said his government was exploring legal recourse to neutralize the ill-effects of the PPAs without further burdening the state’s exchequer.

“As per media reports, the Akalis led by the Badals had taken more than Rs 100 crore in political funds and declared a measly Rs 13 crore, putting the rest in their personal pockets,” he was quoted saying.

However, while he was busy targeting AAP and SAD, his own party leader launched a scathing attack on him. Congress MP Partap Singh Bajwa hit out at Singh and said his decision of reviewing the ill-conceived PPAs is ‘extremely delayed’

“The government had over four years to focus on the issue. A suitable conclusion must be reached to ensure that the people of Punjab are no longer cheated by these agreements,” he added.