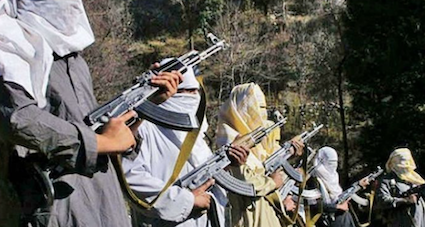 The Indian security agencies have issued alerts for a possible Jaish-e-Mohammed (JeM) terrorist attack in Jammu and Kashmir. Intelligence agencies also informed that at least six groups of terrorists have infiltrated the Kashmir Valley with some high-value targets on their agenda.

As per a few reports, the intelligence agencies have been put on high alert since they learnt about a meeting between JeM leaders and Taliban leaders in Kandahar in the third week of August.

Inputs from these agencies have revealed that the almost 25-30 terrorists of the Pakistan-based terror outfit have also been continuously conducting recce near the forward location and the Line of Control (LoC) and have been keeping various security forces engaged for the last one month.

According to a report in NDTV, a senior official said, “Every day for last one month, either an IED attack on security forces or attacks on political leaders are being reported,”

They have also indicated that as many as 300 terrorists have again occupied the camps across the Line of Control. “We are also on alert and are prepared,” said an officer leading counter-terror operations in the Kashmir valley.

The senior official posted in Kashmir informed that there have been continuous attempts to misguide the youth. “Recently, a video which went viral got a lot of traction in Jammu and Kashmir. In that video, some boys who had gone over to Afghanistan to fight along with Taliban, came back to Pakistan Occupied Kashmir. The video shows they got a hero’s welcome back in PoK.”

He said that they were shown as “Victorious warriors.” Coupled with this, 60 young men have gone missing from their homes in the last couple of months and there might be a chance of them  joining some terror groups

“We have been asking and appealing to all misguided youth who have joined terror groups to quit violence and return to the mainstream.”