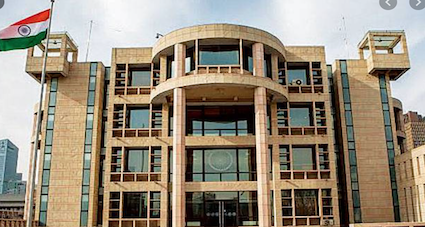 After China acknowledged that four of its soldiers were killed in the Galwan Valley clash last year, the Indian embassy in Beijing is facing a barrage of hatred in China, reports Hindustan Times.

Most of it has come on Indian embassy’s social media account on Weibo. There are abuses and expletives. It was the first time in decades they learnt their soldiers had died in a fight against an external force.

Chinese Communist Party (CCP) regime’s mouthpiece Global Times has meanwhile carried out an editorial piece reasoning why the information about the death of PLA soldiers has been made public after eight months.

It reads, “Back to the Galwan Valley clash last year, given the tense situation at that time, avoiding a comparison of casualties was more conducive to the stability of the border situation. Now that the round of border standoff has ended, we must make public the heroes’ deeds so that all Chinese people could admire and commemorate them to understand the weight of peace.”

The editorial also adds, “The sacrifice of young soldiers including those born after 1995 and 2000 has shocked the nation.”

Meanwhile, a person in China’s Nanjing city is also said to have been arrested on the charge of publishing insulting remarks about the PLA’s troopers.