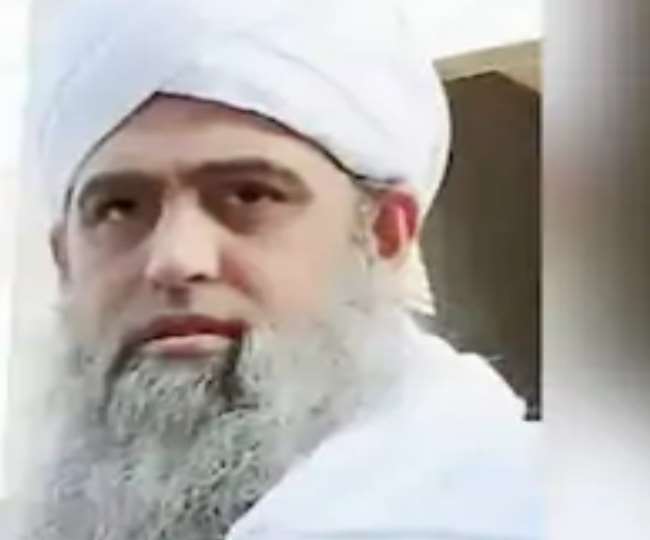 The investigative agencies sleuths have uncovered evidence of massive fund transfer in Tablighi Jamaat bank accounts by conspicuous foreign and domestic individuals carefully layered to conceal the origin and ultimate use of massive financing that secretly helped the Islamic missionary movement to expand its footprints in India.

Exclusive details accessed by IANS shows that at least 14 key players- some of them based abroad- routinely used financial system to mask the transactions using circuitous route.

The agencies, Enforcement Directorate (ED), Crime Branch of Delhi Police and Income Tax (IT), are examining the bank accounts operated by Jamaat’s chief Maulana Saad and his aides to figure out whether these transactions made by key players violated the integrity of banking and financial system because in several cases money received in one account was transferred to another account within 24 hours.

“Such transfers raise doubts that Jamaat funds after entering the financial system were layered to isolate the money from the source and disguise the transfers. The hasty transfer of money from one account to another appears to be an effort to give it a legitimate appearance. We are also looking at Hawala transactions that could have been successfully processed or integrated in banking system,” said a senior IPS officer.

The entire financial network of Markaz that is being examined for alleged money laundering by the ED and IT was working as well-oiled machinery.

Although, all the key players are connected to Maulana Saad, their responsibility and contacts are carefully segregated without attracting too much attention on Markaz chief.

For instance, the probing agencies have uncovered the role of a person called Noor, an alleged Hawala agent for Jamaat.

However, his main contact is not Maulana Saad but a person called Abdul Alim, who allegedly looks after accounts and currency exchange for Jamaat.

Although, Noor operated as front for Maulana Saad, the existence of another contact concealed his direct involvement.

Subsequently, another key player Abdul Rahim is used in the chain by Abdul Alim to invest the money in different activities of Jamaat.

The officer said, Saad”s sons and relatives, who looks after the activities and finances of Markaz found to be in touch with another suspect Rafatullah Shahid, who invested Markaz finances in different sectors while enhanced interaction has been noted with Wasim, suspected to be a travel agent, facilitating visa and passports for Jamaat”s people.

Wasim is a single-point contact with Maulana Saad and the agencies suspect that transactions took place mostly in cash to elude detection, which have compounded investigators difficulty in tracking down formal money-transfers between the two key figures.

Nevertheless, the ED is seeking details of money transferred by one Mufti Rizvi into Jamaat accounts from Sri Lanka. Rizvi, based in the island country, is also a single-point contact and he is not linked to any other players in the Jamaat”s financial network.

There is another person directly linked to Saad”s family is Aslam, based in Canada, who allegedly runs several business ventures abroad.

The agencies have noticed transactions from Aslam to Saad”s accounts and seeking more details to probe further links and to examine whether he is most important source of funds for Markaz activities in India.

According to officials, this money allegedly for personal gains, have been diverted for investment through a person known as Mursaleen.

The officials said Mursaleen is allegedly own and operate a string of business activities abroad.

Then there is a layered outflow of money which has come under the scanner.

One contact, the probing agencies officials said, is directly linked to Saad”s family and primary investigation reveals that he takes care of visa and passports for people travelling from former Soviet bloc countries.

This person identified as Haroon, in agencies documents he has also Russian Passport, is connected to two other persons Inam and Mushtaq, who have been making frequent trips abroad for Markaz”s activities.

One direct contact, the agencies have uncovered is Mufti Shehzad, who allegedly travelled to 42 countries in the last two years and suspected to be scouting new contacts and source of funding as well as working as a liaison and front man for Maulana Saad in those countries.

His links with another contact Jamshed is also being investigated by the ED investigators.

So far, the Crime Branch of Delhi Police has directed to freeze Jamaat’s Bank of India accounts in Lal Quan branch and examining all the transactions after suspecting that funds were allegedly laundered by using fronts.

“There are wheels within the wheel in entire financial networks which is generating money and further distributing it. We have sought details of all bank accounts, money that flowed in from abroad and within the country as well income tax returns, however, they are not forthcoming,” said the officer.

He also stated that there is probably involvement of another 194 persons which is being examined but the complex layering is posing proverbial issue of finding needle in the haystack.

“We need to check both cash transactions as well as paper trail to track Jamaat”s vast and secretive financial activities,” the officer said.

Tablighi Jamaat spokesperson, Shahid Ali said they have complete faith in due process of law. He said, “We respect all statutory as well as constitutional bodies and authorities. Whatever investigation are being conducted we are committed to cooperate with the probe. We welcome all kinds of probe because we believe that until and unless the probe in not conducted properly, impartially, truth will not come out.”

Ali, who is also an advocate, said “Truth should come out and people of India should know.”

On involvement of key players, he said that Tablighi Jamaat is not involved in any crime. “They are absolutely clean and clear. That is why we are welcoming all investigations. What we are seeking is fair and partial investigation. Tablighi Jamaat will come out clean, as clean as Ganga water,” he pointed out.