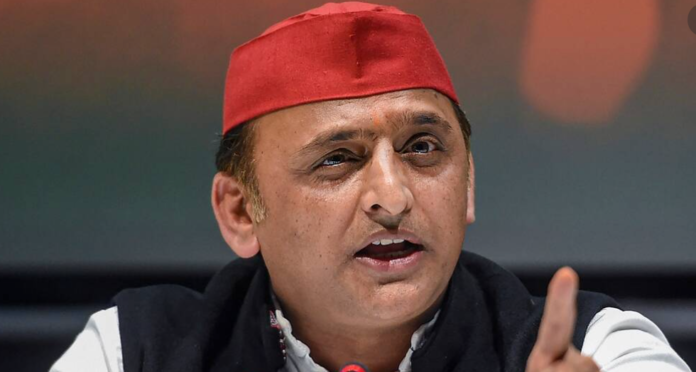 Samajwadi Party chief Akhilesh Yadav and 20 other leaders of his party were booked by Moradabad police on Saturday for allegedly attacking media personnel at a press meet.

The FIR has been filed under Sections 147 (rioting), 342 (wrongful confinement), & 323 (causing hurt) of IPC. Samajwadi Party has called the move a ‘dictatorship’, posturing that all jails will be filled.

Samajwadi Party (SP) workers had allegedly attacked reporters in the presence of Yadav at Moradabad on Monday. There are multiple videos on Social Media, depicting the incident at Hotel Holiday Regency where party workers and Akhilesh’s security heckled media. One of the reporter was brought down on floor. Akhilesh is heard telling media that the reporter was working for a “BJP channel”.

Video of confrontation between former UP CM Akhilesh Yadav and journalists in Moradabad district. Several journalists were allegedly roughed up by security personnel. pic.twitter.com/qHFhTR8mAA