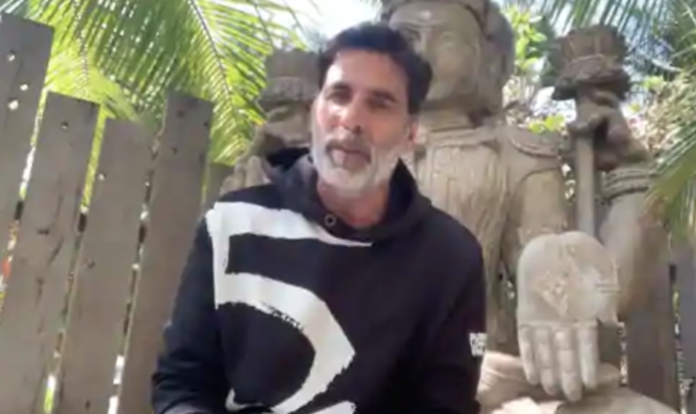 Bollywood actor Akshay Kumar on Sunday shared a video on his social media accounts, urging fans to contribute towards the construction of the iconic Ram Mandir in Ayodhya. He shot the video from his house and narrated a tale from the Hindu epic Ramayana to inspire his fans to make donations.

He started the video by saying that he was telling the story of a squirrel who wished to make a contribution towards the construction of Ram Setu to his daughter Nitara and he felt this story should inspire everyone.

The actor said he has donated his share for the construction and now it is their turn (referring to his viewers) to contribute. “It is a matter of great pleasure that the construction of our grand temple of Shri Ram has begun in Ayodhya… Now it is our turn to contribute. I have started, hope you will join too. Jai Siyaram,” the actor wrote.

In the video, the 53-year-old actor said people should contribute what they feel comfortable with and take part in building the “historic, grand temple.”

President Ram Nath Kovind also contributed â‚¹500,100 on Friday for the construction of the temple. The campaign for the collection of funds will be carried out across 525,000 villages and the money collected will have to be deposited within 48 hours in banks. The drive began on January 15 and will conclude by February 27.