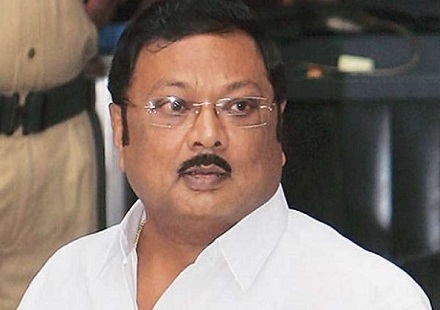 The machinations for the 2021 assembly elections in Tamil Nadu are afoot already. MK Alagiri, elder son of M. Karunanidhi, is to form a political outfit. There is also a buzz that it would join hands with Bharatiya Janata Party (BJP).

Indian Express has said that Union home minister Amit Shah could meet Alagiri on November 21 during his planned visit and the new party could be announced in Madurai.  However, Alagiri has dismissed speculations over his meeting with Shas as “cooked-up stories.”

“I am holding talks with my supporters. We are discussing if we have to launch our own party or should we just declare our support to a party,” he was quoted as saying in the report.

Meanwhile, the relations between the ruling AIADMK and BJP have been strained after the ruling party in Tamil Nadu on Monday said it would not allow the latter’s ‘Vel Yatra’ and permit attempts towards what it called ‘politics of vote bank’ based on religion.

This would be a classic case of a brother pitting himself against the other. Alagiri’s younger brother is MK Stalin who is the president of the DMK after his father’s demise. He is also seen as face to be the next chief minister of Tamil Nadu.

Alagiri, on the other hand, was expelled from DMK in 2016 for alleged remarks against party leaders and cited for “anti-party” activities.

Assembly elections are due in April-May 2021.