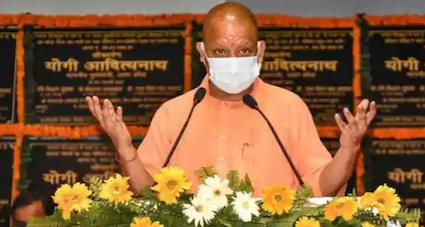 After several Bharatiya Janata Party leaders reiterated their demand to name the newly-constructed mini airport in Aligarh after Kalyan Singh, Uttar Pradesh chief minister Yogi Adityanath said, “We will hold a meeting with the Cabinet soon and discuss it.”

BJP leaders in Aligarh have demanded that the recently constructed Dhanipur mini airport in the Uttar Pradesh town be renamed after former state CM Kalyan Singh. The airport is likely to be thrown open to air traffic next month. According to sources, DGCA team will soon visit the airport for inspection after which the administration will apply for a license.

Kalyan Singh, the BJP stalwart who has also served as a governor of Rajasthan, died at the age of 89 in Lucknow after a prolonged illness on Saturday night.

Remembering Singh values, Yogi said, “Unlike his opposition parties who, in the name of occupying the Chief Minister’s post, slammed the Ram Mandir movement, he was a leader of the masses”

He further informed Singh’s mortal remains were brought to his hometown Aligarh, to allow his followers, other people to pay their last respects.

“He was not just a leader promoting a particular caste or community but worked for the welfare of all people. We decided to bring the remains here so that Singh ji’s followers can see him for the last time. He has been associated with the people of Aligarh for years.”