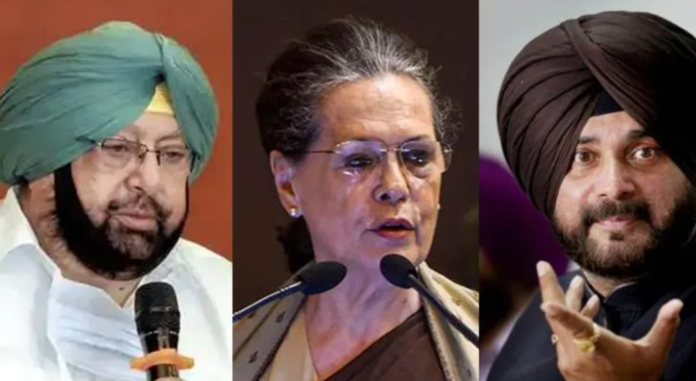 This was the first time that Singh met the party president after the appointment of Sidhu as Punjab Congress chief, despite his opposition.

He reportedly went to discuss the long-due cabinet expansion in the state and that’s when he mentioned that Sidhu’s statements were causing damage to the party cadre and the image of the Congress party ahead of the crucial Punjab Assembly Elections 2022, indicating that the feud between two is far from over.

However, Sonia Gandhi has told Captain to work and coordinate on the upcoming assembly polls with Sidhu.  She directed that “both the state government and the Congress unit in Punjab must work together and not on cross purposes”, said Congress’s Punjab in-charge Harish Rawat after the meeting.

Sidhu has been attacking the government despite after being appointed as Punjab Congress chief. Recently he had questioned the “delay” in taking action by the state government against Akali leader Bikram Singh Majithia and others accused in a drug trafficking case.