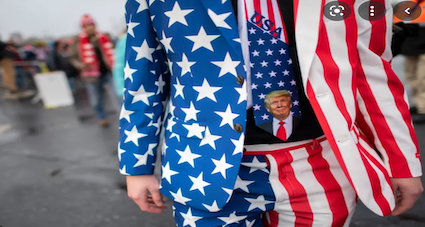 Craig Shirley, author of December 1941: 31 Days that Changed America and Saved the World, has speculated that American political divisions will fracture the country within the nation’s third century.

“I don’t know if America is special enough to stay together in a third century,” Shirley warned on the 80th anniversary of Imperial Japan’s attack on Pearl Harbor on December 7, 1942.

Shirley remarked, “[Andrew Breitbart] once said, very adroitly, that politics is downstream from culture. Our culture, we don’t eat the same breakfast cereal anymore. We don’t read the same newspapers. We don’t consume the same news. We’re divided in every way, shape, and form  in our culture, and thus it translates downstream into our politics. I personally think — and not that I’m hoping, I’m just an observer — but I think the United States is heading toward a breakup. It’s already happening.”

Shirley considered how external threats to the U.S. across its history, such as the Japanese attack on Pearl Harbor, galvanized Americans of varying political orientations around a common purpose. Contemporary examples of such threats such as the Islamic terrorist attacks of September 11, he added, provided short-lived political unity.

He said, “This country has always been about division and compromise, and that’s how we move forward. And so, really, December 7th and subsequent months and years is all about the unity of this country, which we’ve never seen before, and probably will never see again. Even after September 11, unity of America fell apart after a couple of months.”

“I think we started to erode, we started to fall back on our divisions right after [World War II]. The entry into the United Nations and the charter for the United Nations — which happened in San Francisco right at the end of the war — was met with sharp division. ‘Shall we join the U.N. and become an internationalist country? Should we go back to being isolationists?’”

He continued, “We’ve gone back to being a divided nation, and I think we’re even more divided today.”

(This piece is taken with gratitude from Breitbart News).