An alleged Congress troll, a serial offender, is in MHA’s crosshairs now 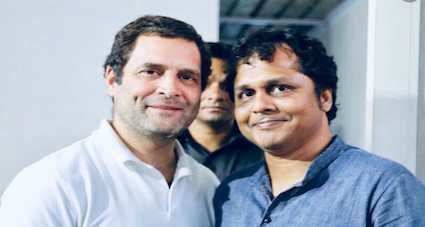 Ministry of Home Affairs (MHA) has accused an alleged Congress troll Saket Gokhale of “misrepresenting” the facts while tweeting with a “malicious intent.”

First Gokhale’s tweet which has fallen into MHA’s crosshairs. He claimed that Union home minister Amit Shah gave an interview to a TV news network where he had said “there are bomb-making factories in every district of West Bengal.” In response, Gokhale had filed an RTI. He claimed that he received a reply from MHA that it has no such information.

Gokhale found it shocking that India’s Union home minister is faking a news just to malign and insult the state of West Bengal for electoral gains.

MHA has now responded that Gokhale had made two online RTI applications to MHA on January 12, 2021: One was addressed to the Chief Public Information Officer (CPIO) and one concerned the Department of Legal Affairs. Both applications had sought information on involvement of Khalistani organizations in farmers’ protest.

There have been some reports in the media quoting tweets of Shri Saket Gokhale about an RTI reply by MHA. Shri Gokhale has misrepresented the facts while tweeting with a malicious intention. pic.twitter.com/KfTAWNxLdD

However, the tweet which Gokhale has used to buttress his claim involved a separate RTI application he had filed way back on October 18, 2020., alleges MHA. Further, the MHA claims, Gokhale linked one reply with the other in his tweet, obliterating reference number of RTI reply (as could be seen in the image below).

MHA claims it was all done “with malicious intent of misleading public and spread lies and canard on social media platform.”

Gokhale, in the past, has several times been found out by institutional bodies. Bharat Electronics Limited (BEL) only last month had filed a Rs 1 crore defamation suit against them on charges relating to PM-CARES Fund. Delhi Police once took him to task for claiming that he had been granted permission to hold a rally, chanting “desh ke gaddaron ko, goli maaro saalon ko.” He has been accused by an AAP supporter, no less, of swindling him of Rs 25,000 in a crowdfunding scheme: and he once claimed that Direct Benefit Transfers (DBT) can’t happen on a bank holiday!