An anarchist who challenged Italy’s sovereignty, now has India in sight 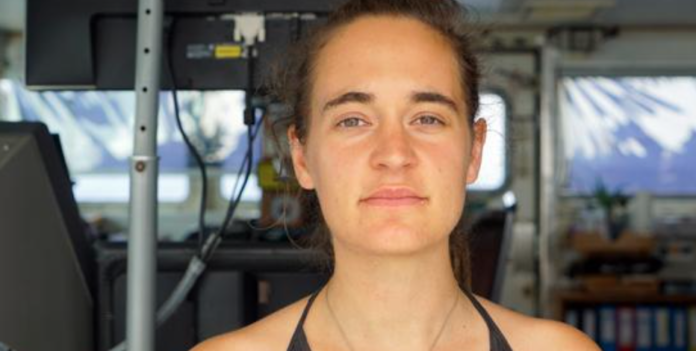 Carol Rackete, a German woman Antifa activist infamous for transportation of 53 illegal migrants to Italy, has expressed support for ongoing protests by farmers. She has also endorsed infamous Hinduphobic Rana Ayyub. Beyond endorsement, she also made a recommendation to follow @standwithkashmir, a notorious Twitter handle.

Carol is a serial racketeer of sorts who became known the world over after she picked up 53 illegal migrants of the coast of Libya and then took them to Lampedusa in Italy. Without any authorisation and in a direct challenge to Italy’s sovereignty. This made her an instant hit with the European Leftists.

Rackete was arrested by the Italian police after she disembarked from the ship. Italy’s Interior Minister at that time Matteo Salvini had accused her of trying to sink an Italian boat with police officers on board. “She tried to sink a police launch with officers on board at night,” Salvini said.

With her latest social media actions, Carol is indulging in acts prejudicial to the integrity of India. She has recommended an account to her 54,800 followers which challenged Indian sovereignty over Jammu and Kashmir. On Republic Day, @standwithkashmir had posted its wish to see “fall” of India, wishing J&K independence.

Antifa is a decentralised, radical far left anarchist movement responsible for many violent incidents in the US. Just after Joe Biden’s inauguration, it indulged in wanton violence and vandalised many buildings.

Here is another international figure taking an anti-India stance and joining Greta Thunberg, Rihanna and Mia Khalifa who have already spewed so much of venom. It has now come into open that Rihanna was paid Rs 18 crore by a PR firm linked to Khalistani propagandists.