And you though J and K’s forests are free from encroachments: Here’s a reality check 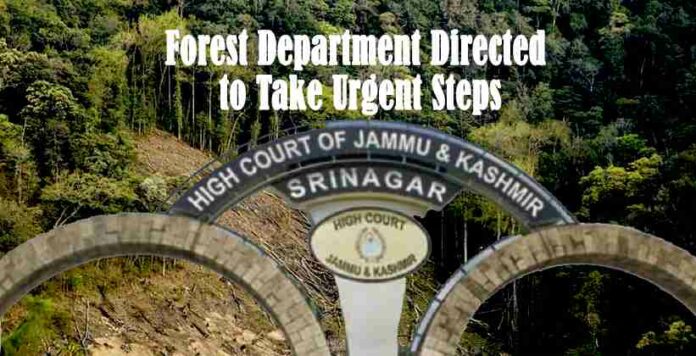 Some weeks ago, the Jammu and Kashmir High Court had given a verdict on Roshni scheme of 2001, declaring it to be unconstitutional ab initio. Process is now on to retrieve over 20 lakh kanals of state land, owned by the revenue department, from private individuals and parties.

Something similar came to the fore in the same court in another Public Interest Litigation (PIL) pertaining to encroachments of forest lands. The case was being heard by a Double Bench headed by Chief Justice Gita Mittal.

Thousands of kanals of forest lands have been encroached by powerful people, and the list was not being presented in the court for a long time. In a hearing in September, the court imposed costs of Rs 25,000 on respondents and sought personal appearance of some top officials.

The revenue and forest department secretaries were ordered to make a personal appearance in the court. That seems to have pushed all into a frenzy and a list of 50 top encroachers was submitted in the court a couple of days ago.

It is shocking that the top encroacher, Mani, son of Bindu Gujjar, named in the list has taken into illegal possession no less than 1,567 kanals (one kanal is approximately 55 square feet) of forest land. Another encroacher, Ganga Ram, son of Kali Lohar, is in possession of 1,054 kanals. Siraj Din of Sunjwan (820 kanals), Hussain Mohammed of Chowadi (792 kanals), Noor Mohammad of Bhatindi (200 kanals), Sain Ditta of Bahu (150 kanals). And so on.

Out of the list of 50 top encroachers that was submitted to the court by Principal Chief Conservator of Forests Mohit Gera, 41 named were from the Jammu region. The other nine were from the Kashmir valley, indicating that the problem was encroachments was much more pronounced in Jammu.

Incidentally, Sunjwan, Chowadi and Bhatindi are within city limits of Jammu, and some of their territorial limits are on periphery of the city. The rates per kanal in Jammu in some peripheral areas has crossed Rs 1 crore and that can help us understand the killing these encroachers have made.

It has often been seen that litigation is often the preferred method of encroachers to continue holding the lands they occupy, by force or by deceit. Entangling forest department and revenue authorities in what can often become never ending litigation. Apparently taking note of this fact, the court has ordered that all such cases be brought before it.

This clubbing together can have a salutory effect on the proceedings of eviction the forest department has initiated many encroachers. The court is to hear the case next on December 21 again.

It bears mention here that the Supreme Court has given wide powers to forest officials vide its verdict in T N Godavarman vs Union of India (12.12.1996). The orders were issued by Justice J S Verma and Justice B N Kirpal.

Incidentally, for too long politicians of different hues ruling J&K put pressure on both the revenue as also forest officials to turn a Nelson’s eye towards encroachments. With the Union Territory (UT) being ruled by a Lieut Governor now, the officials can perhaps proceed much sure of little political interference.