Ankita Lokhande says she was asked to sleep with a producer 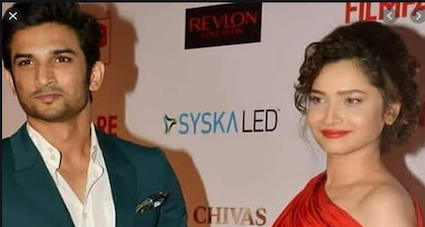 Television actress turned Bollywood star Ankita Lokhande in her recent interview opened up about her casting couch experience after she joined the entertainment industry. Lokhande spoke about how she had encountered the casting couch twice, one when she was a budding actor and was only 19-20 years old.

In an interview with Bollywood Bubble, she said that her first encounter with a casting couch happened to audition for a South film. The actress said that she was asked to ‘compromise’ if she wanted the role.

Ankita wanted to avoid a situation where she was asked outright to ‘sleep with the producer’. “And the moment he said it, maine uski band baja di thi (I took him to task). I told him, ‘I think your producer wants a girl to sleep with, not a very talented girl to work with.’ And I left from there. He then apologized and said he will try to take me to his film. But I said, ‘If you try and take me in also, I’m not interested in your film,’” she said.

And that’s not it, even after she gained fame with TV serial Pavitra Rishta, she had to face it again.

“When I got back again into films, I felt it again, just shaking hands with that person. I don’t want to take names, he was a big actor. I got those vibes, and I quickly got my hands away from him. I knew it, ab mera yahan nahi hoga, because it is a give and take thing. I understood and I left from there because it was not for me,” Ankita said.

Ankita shot to fame as Archana in the popular serial Pavitra Rishta, in which she starred opposite late actor Sushant Singh Rajput. The actress made her Bollywood debut with Kangana Ranaut’s film ‘Manikarnika: The Queen of Jhansi’ in 2019. She was also seen in a supporting role in ‘Baaghi 3’.