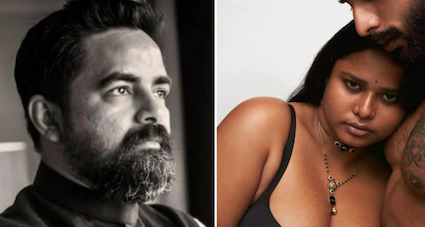 Choosing Hindu-based religion topics for their controversial ad has become a new pattern of brands. Latest to join the bandwagon is fashion designer Sabyasachi who has been receiving backlash on social media for his ‘Intimate Fine Jewellery’ – The Royal Bengal Mangalsutra Collection’ advertisement.

Soon after the ad got viral, netizens took to the comments and expressed their resentment and displeasure on seeing the ad. While a section of users called out the ad as pathetic, others pointed out the ad is an attack on Hindu culture and hurts religious sentiments.

One of the displeased netizens wrote “Is this mangalsutra ad or b grade ad ? How dare you take Hindu sentiments and beliefs into granted . You are doing cheap gimmicks in the name of freedom of expression and creativity,”

Some users also called out the designer for demeaning something as scared a the mangalsutra.

“Really sabyasachi?? What’s wrong with u these days, Who sell Mangalsutra like this. If u have guts sell burkha, tabij in this manners?? Stop Hindu discrimination #Sabyasachi (sic),” a user tweeted.

Sabyasachi is yet to make a statement over the controversy.