Another BJP leader killed in West Bengal: When would it be stopped? 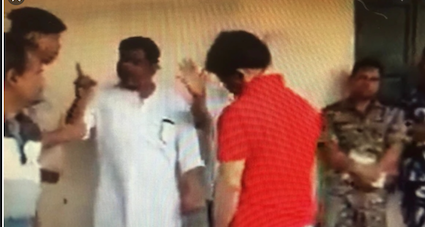 The body of a Mandal President of the BJP unit in Dinhata, Amit Sarkar, was found hanging near the party office earlier Wednesday. The party has alleged that he has been killed by the Trinamool Party Congress goons. The incident took place just three days ahead of the first phase of polling in the state.

The local leaders have alleged that Sarkar was picked up from his residence by TMC cadres, and later, he was found dead mysteriously.

BJP IT head Amit Malaviya took to his official Twitter handle and shared the information. He wrote, “Amit Sarkar, Dinhata town Mondal president was hanged to death by TMC goons just 72 hours before the first phase of polling. People of Bengal to take a decisive step against this bloodthirsty govt who is responsible for more than 130 BJP worker’s murder.”

Amit Sarkar, mondal president of Dinhata Town, was hanged to death by TMC goons, just 72 hours before the first phase.

Is this what TMC meant by Khela Hobe?

Bengal has been reduced to blood field with political killings becoming the norm. BJP has lost over 130 of its cadres… pic.twitter.com/M1tzMkmXry

Another BJP worker was found dead a week ago in the Birbhum district. Bapi Ankur, a booth worker in Bengal was found dead on the banks of Shal river and his family alleged that he was strangled to death. BJP also registered a complaint with the Election Commission regarding this matter.

Last year also, in July, The body of a BJP MLA from Hemtabad, North Dinajpur district of West Bengal, Debendra Nath Roy, was found hanging in Bindal village near his village home. State BJP president Dilip Ghosh had claimed that he was murdered for political reasons and demanded a high-level inquiry into the matter.

In october 2020, BJP leader, lawyer and councillor from Titagarh Manish Shukla was shot dead. According to reports, state police later arrested a ‘TMC activist’ for harbouring killers of BJP leader Manish Shukla and had recovered bikes, carbines and pistols.

In December 2020, The body of Purnachandra Das (44), a booth president of BJP in the Ramnagar area of the south Bengal district, was found hanging from a tree by locals.

These are just a few incidents and BJP has been raising concern regarding increasing political violence in the state. The party delegation also met the Election Commission in New Delhi and raised the issues of violence against BJP workers in Bengal and demanded deployment of central forces.

The governor, Jagdheep Dhankhar, also has been quite vocal about instances of strife among political parties that have been reported from various districts of the state. He, on Tuesday, asked the police and administration to remain politically neutral.