Another minister of Mamata’s cabinet quits: This time for cricket 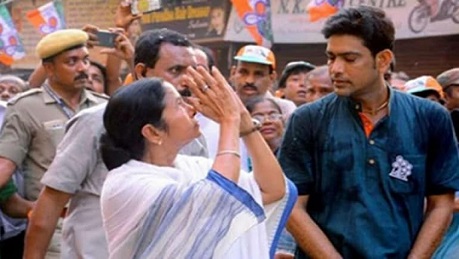 Laxmi Ratan Shukla has resigned from his post as a minister in the West Bengal government and from Trinamool Congress to pursue a career in cricket.

This comes just months ahead of the assembly elections in in the wake of senior minister Suvendu Adhikari and a dozen of other MLAs leaving Trinamool Congress and other Opposition parties in favour of BJP.

Shukla had won on a Trinamool ticket from Howrah North seat wrote to chief minister Mamata Banerjee today, saying he wanted to quit politics and return to cricket again.

He requested that he be relieved from all posts in the party and the government.

“I have requested the governor to accept his resignation,” Ms Banerjee said. “Laxmi is a good boy, there is no misunderstanding.”

Mr Shukla, the minister of state for sports, was recently given organisational charge by the Trinamool of Howrah urban district. His replacement has already been named.

BJP state chief Dilip Ghosh mocked Ms Banerjee, saying, “Her wickets are falling every day.” “Those who have breakfast with her are quitting the party in the afternoon,” Mr Ghosh said at a rally in Bhatar. He named another minister from Howrah, Rajib Banerjee, whose recent comments about Trinamool have triggered speculation about political plans.