Another SC judge excuses himself on Mamata’s case: ‘I don’t want to hear this case’ 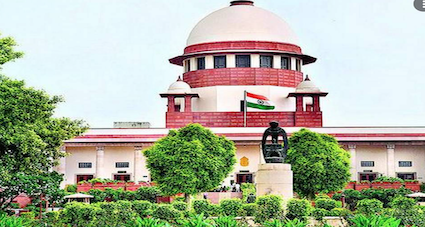 After Justice Indira Banerjee opted out of a case related to post-poll violence in Bengal, its now justice Aniruddha Bose who has withdrawn from a case involving chief minister Mamata Banerjee’s petition in the Narada bribery case.

“I do not want to hear this case,” said Bose while excusing himself from the case.

Chief Justice of India, NV Ramana would now assign the case to a    bench in which Justice Bose is not a part.

The Supreme Court is hearing petitions by the chief minister and State’s law minister Moloy Ghatak who have challenged the Calcutta High Court’s refusal to take on record their affidavits in the Narada Scam.

After the CBI requested the Narada case to be shifted out of Bengal on grounds of pressure from the state government, the chief minister and law minister wanted to present their version with own affidavits.

But the Calcutta High Court didn’t allow it, saying they didn’t file it at the right time and “now they cannot be allowed to file the affidavits at their own whims and fancies.”

It may be recalled that when the CBI arrested four Trinamool Congress leaders in the Narada case on May 17, Mamata Banerjee sat for hours in protest at the CBI office as crowds in thousands swirled outside.

A mob had also accompanied the law minister who landed there soon enough.

The Narada case involves a sting operation in which several Trinamool leaders were caught on camera accepting wads of cash in bribe.