Another stalwart quits Congress; doesn’t see Rahul as a leader of people 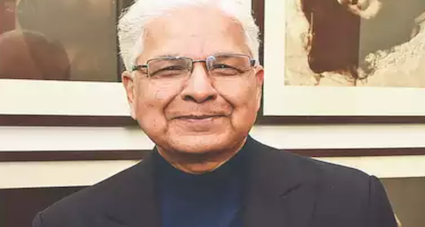 Another stalwart of Congress, former Union minister Ashwani Kumar, has quit the party, stating it doesn’t seem to “reflect the mood of the nation.”

Ashwani Kumar, who was the law minister in Manmahon Singh’s government between 2009-2014, also has poor opinion of Rahul Gandhi: “The national mood is not in favour of the alternative that the Congress party presents to the people in terms of its future leadership.”

“The continuous decline of the Congress in terms of vote percentage, in terms of popular support clearly shows that the party is out of sync with the way the nation thinks,” he told the Indian Express.

Kumar was visibly hurt by how Congress dealt with Capt. Amarinder Singh in Punjab.

“The kind of leadership being projected in Punjab is the worst in the last 40 years…The manner in which Amarinder Singh was humiliated into resigning has not left a good impression of the Congress.

“I resent and condemn the way he was humiliated into resigning,” he said.

In his resignation letter to Congress president Sonia Gandhi, shared by news agencies, Dr Kumar wrote, “Having given my thoughtful consideration to the matter, I have concluded that in the present circumstances and consistent with my dignity, I can best subserve larger national cause outside the party fold.”

Ashwani said he wasn’t leaving Congress to join BJP and that he hasn’t given a thought to it.

From Jyotiraditya Scindia to RPN Singh to Jitin Prasada, Congress has seen some high profile exits in recent times.

Then there is the issue of internal rebellion in Congress in the form of Group 23—dubbed as G-23.  It wants major reforms in the party, including a visible and “full-time leadership.”