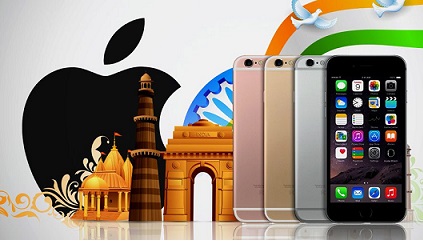 Apple’s major iPhone assemblers, Foxconn Technology Group, and its peers Wistron Corp and Pegatron Corp are among the expected companies that can win approval to participate in a US$ 6.6 billion stimulus program to bring manufacturing to India.

According to the reports, the Indian government, in a cabinet meeting scheduled for Wednesday, might approve a plan which is aimed at bringing US$150 billion in smartphone production over the next five years.

The top government official committee has already cleared the status of Apple’s primary supplier Foxconn Technology, Wistron Corp, and Pegatron Corp. These three organizations have a strong factory base, all located mainly in China, and is primarily responsible for making every iPhone that is sold globally.

Under the Production Linked Incentive Program, manufacturing incentives will rise by a significant percent each year so that more smartphone brands across the globe can set their manufacturing units in India and export to the world.

With the growing trade and political clash between the United States and China, India is positive that many companies will be keen to withdraw their dependence from China and will substantially invest in India.

Besides Apple contractors, Samsung is the only other applicant for the other five slots allotted to foreign companies. China’s largest phone manufacturers Huawei technologies and BBK group has maintained its distance from this and preferred to remain absent.

To receive the incentive, foreign manufacturers including Foxconn, Wistron, and Samsung have to commit a specific investment and production target of devices that sell for at least Rs. 15,000; however, there will be no such restrictions on Indian phone makers.

Apple hasn’t released any statement on this.

Pegatron Corp, which accounts for more than half of Apple’s business, has earlier cleared that they are planning to set up a plant in India.

Meanwhile, India is clear with its aim to become the largest global manufacturer of handsets in the world. In the next five years, it is estimated that India could attract an additional 10 percent of the global handset production.

Responding to the incentive scheme of the government, Pankaj Mohindroo, Chairman of India Cellular and Electronics Association, a trade committee that represents leading phone makers including Apple, Oppo, and Xiaomi said, “India’s incentive scheme will be a game-changer that will make the country No. 1 mobile in mobile manufacturing or at least a close No. 2 by 2025,”