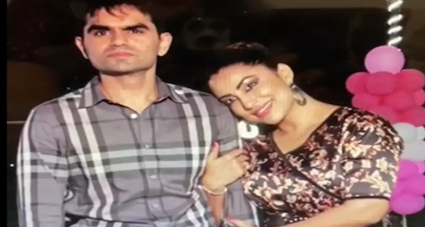 Sameer Wankhede, the zonal director of the Narcotics Control Bureau (NCB), has been firmly under the spotlight this month for busting an alleged rave party on a Goa-bound cruise-liner and arresting actor Shah Rukh Khan’s son, Aryan Khan, among others.

However, the officer who should be concentrating on the probe instead is made to spend time on allegations.

Kranti Redkar, actor and wife of Sameer Wankhede, and Advocate Yasmeen Wankhede, the NCB Zonal Director’s sister rebutted the allegations and said that Wankhede is an honest officer working for the government and the country and they have seen his integrity first-hand.

“Right now he’d be doing raids and cleaning the system. Instead, he’s having to answer allegations,” Yasmeen said while speaking to Republic TV.

On allegations of targeting Bollywood, Yasmeen said, “His (Sameer Wankhede) fight is against drugs, not against any industry or section of society; but the narrative gets twisted.”

“We’re being targeted, our photos have been put, we are being abused, our names have been tarnished and you still say we’re safe in Maharashtra?” she asked.

She further added, “I never thought anyone would go so low for their own reasons. I thought there’d be some humanity left, and they have a whole PR system to troll you, dig up stuff and make it murky around you.”