Arnab now gets a show-cause notice from Mumbai Police; asked to sign a bond of ‘good behaviour’ 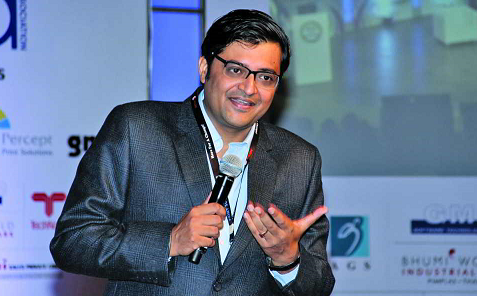 The Mumbai Police has now served a show-cause notice to Arnab Goswami, editor-in-chief of Republic TV, for making “communal statements” in the aftermath of the Palghar lynching case besides the migrants overcrowding of Bandra station, as per a report.

Goswami has been asked to present himself before the Special Executive Magistrate and Assistant Commissioner of Police, Worli on Sunday, 4 p.m.

That’s not all. Goswami has also been asked to sign a bond of “good behaviour”, invoking section 108 of the Code of Criminal Procedure (CrPC) as per a report.

As per a report, Arnab Goswami has been directed to pay the bond value of Rs 10 lakhs for a one-year-period with a guarantor who is well-known in society and capable of controlling his behaviour.

Goswami has recently secured a bail from the Supreme Court after being denied by the Bombay High Court after days of incarceration in judicial remand. He was initially put in a quarantine “custody” and later shifted to Taloja jail. This related to his arrest by Maharashtra Police on the charge of abetment of suicide of an architect Anvay Naik.