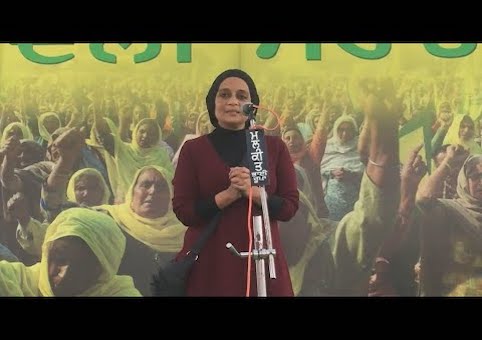 Arundhati Roy, known for her anti-India stance, and support she extends to Naxalites and leftists working against India, was with protesting farmers at Bahadurgarh in Haryana. Addressing members of BKU (Ekta Ugrahan) on Saturday, she said she had come to meet protesting farmers who have been branded as “terrorists”.

Incidentally, People’s Front of India (PFI), United Against Hate of Delhi riots and some other leftist groups have already extended support to the protesters. When it came to light that many protestors didn’t know about the provisions of the three farm laws, a section of media defended this ignorance.

In her speech, Arundhati said that the whole country was watching the protesting farmers and have pinned their hopes on them.

Arundhati had at one time called armed terrorists and Naxals as “Gandhians with guns”. She also said that the government was doing to farmers what it had “done to those fighting in Bastar”. Speaking to farmers, Arundhati said the Naxals from Bastar were fighting as the government had taken away their “jal, jungle and zameen” of tribals.

Her rhetorical speech could only be taken as additional fuel for the fires raging among the protestors.