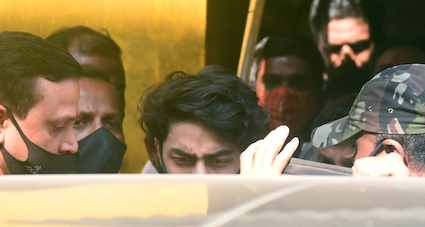 The 23-year-old had been granted bail on Thursday by the Bombay High Court but was only let off only today.

He had to spend two additional nights in jail as his bai papers hadn’t reached the jail till 5.30 p.m deadline.

Aryan, surrounded by security, was released at 11 a.m. A Ranger Rover then sped him away.

As per Bombay High Court’s direction, Aryan Khan can not leave Mumbai without appearing the police and has to appear before the agency every Friday.

He also can’t leave the court without permission nor communicate with other accused such as his friend Arbaaz Merchant. He also can’t talk to the media.

The NCB can request cancellation of bail if any of these conditions are violated.