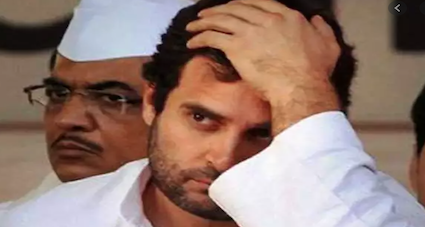 With the first phase of the assembly elections just 10 days away veteran Congress leader and Rajya Sabha MP from West Bengal, Pradeep Bhattacharya has sent a letter to NCP supremo Sharad Pawar and RJD leader Tejashwi Yadav, requesting them not to campaign for the Trinamool Congress.

In a rare show of solidarity during the assembly election, Sharad Pawar and Tejashwi Yadav both agreed to campaign for Trinamool Congress in the poll-bound state.

However, Bhattacharya has explicitly told them that the top leadership of the provincial Congress does not want them to campaign for Mamata Banerjee as it will “create confusion among West Bengal voters”.

At a press conference at the Calcutta Press Club on Tuesday the Rajya Sabha MP said, “I have sent emails to Sharad Pawar and Tejashwi Yadav requesting them not to campaign for the Trinamool Congress”

While the major opposition parties have often partnered with Congress during the elections however, this time, its own allies- NCP who runs the coalition government in Maharashtra with Congress and the Rashtriya Janata Dal (RJD), an ally of the Congress in Bihar’s Mahagathbandhan have distanced themselves from Congress and decided to support the Trinamool Congress instead. Even Jharkhand chief minister and Jharkhand Mukti Morcha (JMM) chief Hemant Soren has also backed TMC earlier this month.

Last month, Lalu Prasad Yadav’s son Tejashwi Yadav came to Kolkata on the day of the brigade rally on February 26 and met Mamata, assuring her full support. “Laluji ka nirnay hai Mamataji ko full support karna hai (Laluji has decided that we should fully support Mamata ji). We will stand by her wherever we can. This is a larger fight to stop communal forces from dividing our nation.” he said after the meeting.

“I would appeal to everyone to back Mamata Didi with all our strength to ensure her win. We support her in her fight for Bengal’s language, culture, literature.” he added further.

The 2021 West Bengal Legislative Assembly elections are scheduled to be held between 27 March to 29 April 2021 in 8 phases.