As CBI files FIRs in Roshni land scam, a ‘Land Jihad’ is unfolding in J and K 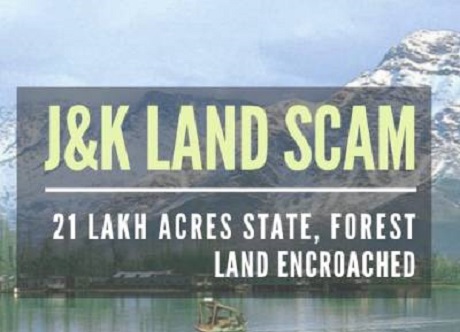 Acting on the orders of the Jammu and Kashmir High Court issued on October 9, the CBI has filed first three FIRs against unknown revenue department officials and a private individual. These FIRs are likely to be among many more which may be registered in the coming days in the Roshni land scam.

The CBI has registered these FIRs for depriving the government of hundreds of crores of rupees by violating provisions of the Jammu and Kashmir (Vesting of Ownership to Occupants) Act, 2001. As the name suggests, the law was meant to regularise ownership in favour of encroachers by asking them to deposit a specified sum in government treasuries.

The rates of land patches spread all over J&K were to be determined by the rate fixation committees. Once the fees had been deposited, revenue officials were to carry out mutation in the official records. However, it now transpires that in hundreds of cases no fees were paid. Yet, with the connivance of revenue officials, ownership records were changed and lakhs of kanals of government land was alienated.

In its order, the J&K High Court had declared the scheme, which was called Roshni in popular parlance, unconstitutional and illegal ab initio. It had also ordered a thorough CBI enquiry into the whole sordid affair.

The Deputy Commissioners (DCs) of all 20 districts of J&K are engaged in getting the list of beneficiaries compiled. These lists are being used for cancellation of mutations in revenue records. Periodically, DCs, SDMs, Tehsildars and lower revenue department officials are updating the relevant data.

These lists are likely to be available in the public domain as they will be placed on open websites. This naming, and implied shaming, is giving sleepless nights to politicians of the National Conference, the People’s Democratic Party and the Congress. It is during the rule of Farooq Abdullah, Mufti Mohammad Sayeed and Ghulam Nabi Azad that the Roshni scheme was conceived and tweaked many times.

Meanwhile, the case is steadily taking communal overtones also as a new political party, Ikkjutt Jammu, has been calling it as “land jihad” against the Hindus of the Jammu region. Ikkjutt chairman Ankur Sharma is one of the petitioners in the instant case in the court.

The main petition was first filed by a social activist S K Bhalla in the year 2011 and he was represented by advocate Sheikh Shakeel of Jammu. Ankur Sharma had become a co-petitioner in the year 2014 and has been time and again been in the news for terming it as “land jihad”. Incidentally, addressing People’s Alliance for Gupkar Declaration (PAGD) leaders as “Gupkar Gang” was also his coinage.

In the next few months, thousands of mutations in revenue records would have to be cancelled. This will also mean return of the land back to the government. It is likely to be a very messy affair as hundreds of beneficiaries have constructed buildings. Not only that, the beneficiaries have also sold the lands they got under the scheme. These buyers too stand to lose substantially and this has caused a sense of unease among them.