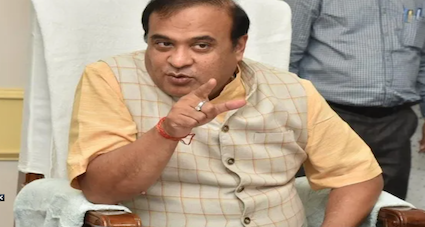 Assam chief minister Himanta Biswa Sarma is aghast at Times of India for claiming that his government is ready to hold talks with ULFA (I) terrorists.

The Times of India had claimed in a report that Sarma has stated that ULFA (I)’s core demand of sovereignty has to be addressed.

Interestingly, many a insurgent groups had successfully negotiated with the government in recent times. In January 2020, home minister Amit Shah had secured a peace deal with Bodo groups. Subsequently, over 1,600 cadres from four factions of the National Democratic Front of Bodoland (NDFB) had surrendered their weapons and were welcomed back into the society.

In September this year, six insurgent groups had signed the Karbi Peace Accord with the Centre, bringing an end to years of violence and unrest in the Karbi-Anglong region.