Ayodhya-Delhi to have a bullet train; 670km to be covered in 2 hours 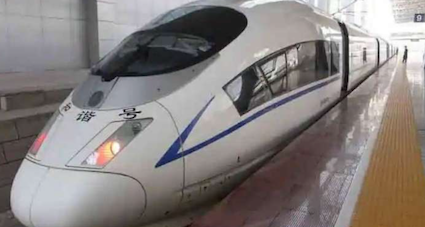 In a major boost to develop Ayodhya as a world class tourist destination, the Yogi Adityanath’s Uttar Pradesh government has prepared a roadmap for running a bullet train between Delhi and Ayodhya.

According to sources in National High Speed Rail Corporation (NHSRC), the distance of 670 km from Delhi to Ayodhya will be reduced to 2 hours by bullet train.

Officials have already started the groundwork with an aerial survey completed and the plan has also been approved by the Centre.

Anoop Kumar Agarwal, executive director of NHSRC  after his visit to Ayodhya has mentioned, “National High Speed Rail Corporation will begin work as soon as we receive a no-objection certificate from the AAI. It will take seven years for completion of the project.”

According to plans of the NHSRC a total length of 941.5 kilometer long track will be placed linking Delhi to Varanasi via Agra-Lucknow-Allahabad.